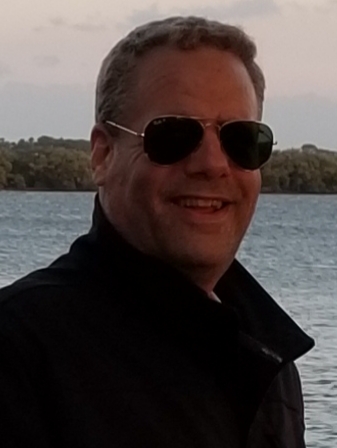 Brien Somers has been involved in theater all of his life. Starting out as an actor, Brien moved to writing and directing. His directing and writing credits include The Care and Feeding of Fairies, presented at the Spotlight ON Halloween Festival, NYC. His show Emerald City Limits – a Soap Opera was performed live in NYC with episodes changing every 2 weeks. While directing is his first love, he has spent the past several years on writing Limited Engagement, the show that got accepted into the NY WinterFest. Brien’s goal is to bring “back” awareness to the LGBTQ Community and the ongoing fight against A.I.D.S.

As an an author, Brien understands the importance of a director, that has no emotional involvement with the “words”. He has had his work directed by others with great success in the past.

However his passion is directing. “I love the entire process, from reading a show and getting excited by the “movie in my mind”, to casting the perfect ensemble, going into rehearsal through opening night! Thankfully he has had some small measure of success putting a visions up onto the stage and he hopes to make that his life’s work.

His show Limited Engagement was workshopped at the Producers Club and it is ready for the next step…a full production.

Limited Engagement is a character study that explore the devastating affects of HIV/A.I.D.S. from the perspective of the people around the dying person- and their fate, rather than emphasizing the disease itself. In this way, we are able see the comedy in both life and death. In the show we follow Broadway Director Tommy Abbott who is brilliant, successful, beloved- manipulative, arrogant and dying. Mark, Tommy’s agent and brother is also married to Tommy’s ex-wife, a successful actress who is also his client.
Rounding out the cast of characters is Harry, an up-and-coming actor, Mark’s client and Tommy’s lover.

Knowing he has “limited” time, Tommy gathers these three to repair relationships, make amends, and resolve his most bitter regrets!

“A generation has grown up without the eminent threat of death from HIV & A.I.D.S.

Young people today think things like “prep” and “The Cocktail” eliminate the need for awareness and safety. This show explores how relationships are formed, enhanced, repaired or irrevocably broken, with the illness itself taking a backseat. A departure, Brien hopes will steer away from the way this subject has been presented in the past.

During the run at The Producers Club a portion of every ticket sale went to Broadway Cares: Equity Fights A.I.D.S.

Brien plans on keeping with that tradition with future productions.