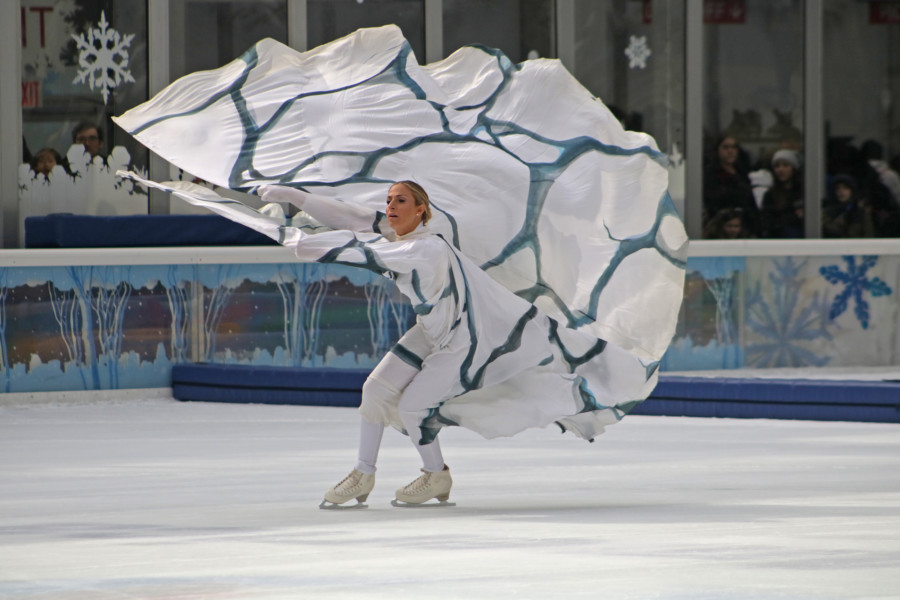 Mayor de Blasio “will allow” the Trump Organization to continue operating Wollman and Lasker Rinks in Central Park through the end of the season, after an outcry from skaters and thier parents. Comptroller Scott Stringer called on the Mayor to change his mind stating “The failure of City Hall to have a backup plan that keeps kids skating in this pandemic winter is pathetic. There should never have been suspension of activity.”

Not only did deBlasio make parents and kids unhappy, but by closing the rinks he made 250 New Yorkers unemployed.

Aaron Singletary will perform “Fragile,” in honor of long-time ITNY performer Alyssa Stith and Black History Month. Fragile is choreographed by Douglas Webster with music by Sting. Professional soloist Val Levine will perform Arctic Memory, a visually beautiful piece and environmentally conscious creation about Global Warming by dance choreographer Jody Sperling. This version of Arctic Memory is adapted from material Sperling developed during a 43-day polar science mission to the Arctic. The costume is a long cape, hand-painted with designs suggestive of Arctic pack ice melting and the sound scape is taken from the actual sounds of the Arctic ice pack moving as it melts. The work also draws inspiration from modern-dance pioneer Loïe Fuller (1862-1928).

Suzanna BowlingJanuary 26, 2023
Read More
Scroll for more
Tap
Best Personalized Aprons for all Occasions
What to Watch in The New Year: February 24