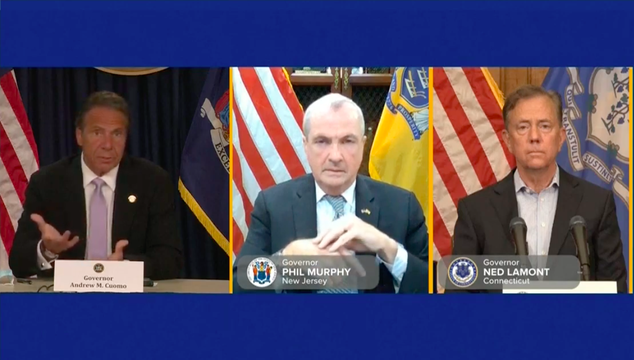 New York, New Jersey and Connecticut have told Alabama, Arkansas, Arizona, Florida, North Carolina, South Carolina, Washington, Utah and Texas, if you come to our state you will have to quarantine for 14 days.

Considering New York is planning to defund the police by 1 billion, cops will now be expected to stop cars with license plates from the affected states to ask the person why they are not quarantining and how long they have been in the state for.

According to a T2C writer in Texas, when she first went back to Texas her home state, she had to be quarantined for 14 days. They took her address and she had to sign papers. They came knocking on her door to make random checks. The same happened to a couple, who went down to Florida that I know.

what makes this so crazy is Gov. Andrew Cuomo announced this yesterday morning and the edict started at Midnight the next day. Snarkly he was quoted as saying “Get on a flight fast.” Airline prices to New York went from a $1000 to $100 in about an hour.

If you have traveled past midnight and get caught not quarantining, you will be fined $2,000. Caught a second time, $5,000 and if they you have ’caused harm’, $10,000. This comes with the news that Mayor Bill de Blasio will still celebrate Independence Day this year with Macy’s fireworks show despite the coronavirus pandemic, lasting 5 nights.

Stephen SorokoffNovember 25, 2021
Read More
Scroll for more
Tap
Juneteenth Jubilee: An Artist-Led Musical Celebration of Black Lives
4th of July Will Last From the 29th Til The 4th