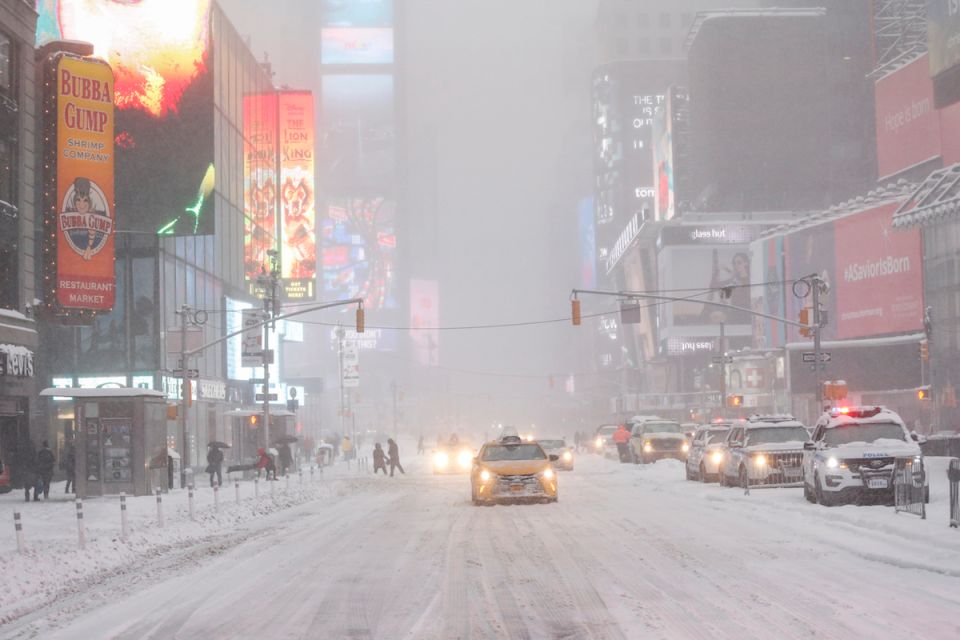 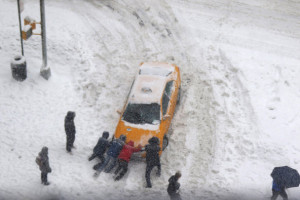 As Winter Storm Jonas sweeps into New York City and Gov. Andrew Cuomo has declared a state of emergency.

MTA bus service will be suspended at noon on Saturday, but the subway system will continue to run for now.

** As of 4:30 limited subway service and may close all together due to problems with the 3rd rail.

The worst part of the blizzard will be Saturday during the day, with 1-3 inches of snow likely to fall per hour. Some areas could see even faster snowfall; LaGuardia Airport reported 3 inches of snow from 6 to 7 a.m. Saturday, a National Weather Service spokeswoman said.

The National Weather Service forecast whiteout conditions and winds gusting up to 50 mph on Saturday. Temperatures are expected to be in the upper 20s, but the wind chill will make it feel like 10-15 degrees.

The storm is expected to taper off by 10 p.m.

The Citi Bike system closed at 11 p.m. Friday and will remain closed until it’s safe to reopen.

When it comes to snow storms, Broadway’s traditional attitude has been “the show must go on.”

*****Charlotte St. Martin, President of The Broadway League, stated, “Now that the snowstorm has arrived, I’d like to reiterate that the safety and security of theatregoers and employees is everyone’s primary concern. As a result of the ban on travel in New York and the suspension of public transportation by government authorities and other safety precautions implemented on behalf of the weather, matinee and evening performances will be cancelled today, January 23rd. We expect normal operations to resume for tomorrow’s Sunday matinees.”

Stephen SorokoffAugust 5, 2022
Read More
Scroll for more
Tap
BroadwayCon’s Opening Number
My View: I Hope I Don’t Have To Go In The Witness Protection Program After This Review