NYC’s Homecoming Concert Was Struck Out 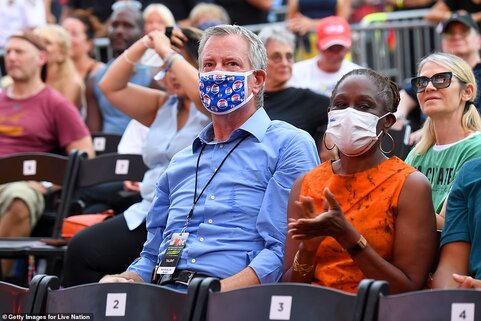 NYC’s Homecoming Concert Was Struck Out

Barry Manilow sang “I Made It Through the Rain” over the phone for Anderson Cooperm but not for the 60,000 of unmasked fans who showed up in Central Park. They did get to see Paul Simon, Bruce Springsteen and Jennifer Hudson.

A weather anchor for CNN revealed that city officials had previously said they would need to call off the concert if lightning struck anywhere within 10 miles of the show. Mayor Bill de Blasio and NYC officials ignored the warning of the weather as they attended New York City’s We Love NYC, The Homecoming Concert concert. Half way through the concert was dramatically and revelers were told to leave Central Park immediately.

Just after 7:40pm, as Barry Manilow was singing “I Can’t Smile Without You” lightning struck within the city.

as stopped, some people had posted on social media that they had been in line for three hours but still hadn’t been admitted to the park for the concert.

Organized by Clive Davis, the concert was meant to celebrate New York City’s reopening after the pandemic, despite rising COVID cases.

NYC’s largest concert since the pandemic began in early 2020, the free ticketed  show was only open to attendees over the age of 12 who provide proof of vaccination, and won’t be required to wear masks.