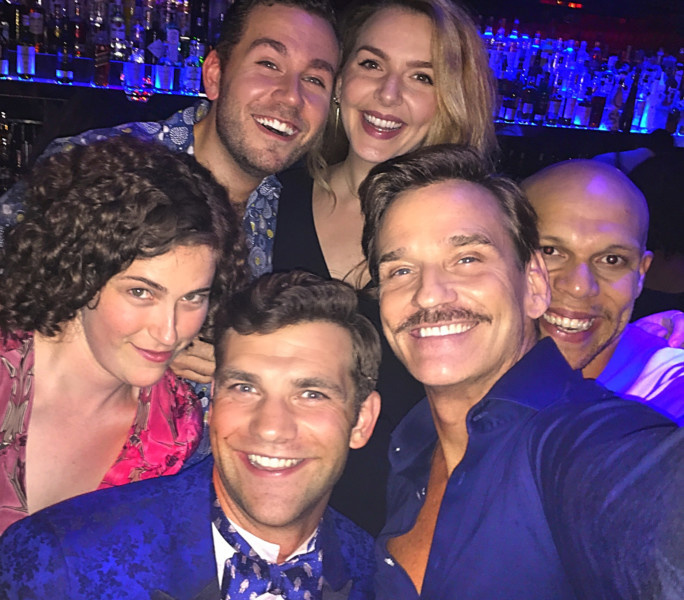 Producers of Black Hole Wedding, are donating all proceeds from the sale of tickets to two renewable energy nonprofit organizations, 350.org and GRID Alternatives. In addition, a group of anonymous angel donors has agreed to match all funds raised by the production. “With the anticipated donations, we will be able to help low-income families get new solar roofs that will not only save them thousands of dollars per year in energy costs, but also actually reduce the world’s carbon footprint for the next 30 years” stated co-creator and co-producer Paul Nelson.

Black Hole Wedding is a show about green energy politics and green energy inventing. Katherine Brann Fredericks (Books and lyrics) and Paul Edward Nelson (book and music) have created a science geeky ambitious musical where Dean (Sean McDermott, Miss Saigon, Falsettos, Starlight Express), the owner of a power hungry company has the wealth and the ability to keep his oil grabbing company from never having to deal with inventions that could put him out of business. His newest employees include immigrant John Wayne (Connor Saccal), who he kidnaps and a young genius engineer, Raymond (Jonathan Miller), who refuses to let Dean steal his invention. In order to beat Dean at his own game he creates a secret weapon – a black hole trash compactor.

In the meantime Raymond falls for the new age Summer (Mimi Robinson) and in the course of a week becomes engaged to her. The bosses right hand girls Calista (Mandy Strip) tries to seduce him as Dean keeps on enjoying his favorite game golf.

Black Hole Wedding is at times convoluted and at times it is difficult to understand all the scientific terms being thrown around. At times the show is witty, and I can see if this was streamed lined and made simpler how this could play in schools across the country.

The score sounds a lot like Alan Menken’s Newsies, as a matter of fact I left the theatre singing “King of The World”. Also a lot of the songs do not further the plot. Though enjoyable the songs for Summer and Raymond seemed to be the ones that stand out as exceptional.

Jonathan Miller as Raymond, gets under your skin and wins over our hearts and this musical. Mimi Robinson as Summer, has a cruel beautiful voice and knocks it out of the park with “No Means No”. Sean McDermott as Dean brings a gorgeous voice and enough smarminess to make us think of several current villains. Mandy Strip as Calista, made sure that sex was oozing during both of her numbers. The rest of the cast members Justin Michael Duval, Jay Ellis, Judith Ingber, Teshomech Olenja, Lukas Poost and Kelsey Schergen all made the most of their parts.

Black Hole Wedding has potential, if they can think more like School House Rock for adults. The last song “Potential Energy” will have you leaving the theatre renewed and thinking this is a great theme song for our generation.