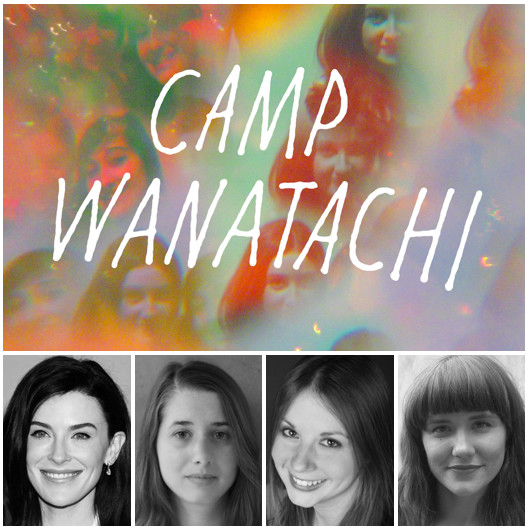 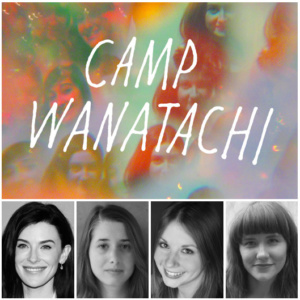 Natalie Elizabeth Weiss’s electropop musical Camp Wanatachi, follows tween Bible campers whose love for Jesus gets side tracked by their budding sexual preferences.  Thirteen-year-old Jana (Marissa O’Donnell) is on track to be Princess of Wanatachi. She’s got all the right stuff, she’s devoted, has several golden feather’s for sports and is well liked. When new girl Titi (Krystina Alabado) enters singing the sexually explicit “You Gotta Use Spit,” about oral sex, Jana is intrigued. Jana sings about riding bareback and Titi kisses her on the check as Jana professess her lust for this bulimic beauty. Jana’s “BFF for life” Lauren (Keaton Whittaker), a cheerleader with a jealous streak, is none to thrilled over Jana’s new affections.

In the meantime their camp counselor Corky (Sami Gayle) and the boys camp counselor Joel (Travis Artz) had a shameful night of sex in the Six Flags handicap restroom and those hormones are raging.

Leave it to the rest of the campers which include Gothic “freak for Jesus” Daisy (Remy Zaken), and (Liz Byrne and Hannah Delmonte) to make virginity pledges.

These young performers all have killer voices and we believe their dilemma’s. I look forward to seeing what’s next for Ms. O’Donnell.

Weiss’s music and lyrics and Travis Stewart’s electronic music is danceable, but is easily forgotten and a lot of the lyrics are just crude. Bekah Brunstetter and Weiss’s script doesn’t seem to know who it’s audience is. Maybe the millennial who want to relive their camp days, but it is too crass for high schoolers and adults just won’t find this captivating?

Mia Walker’s direction worked at the adorable stage at the Yotel Hotel.

G. H. HARDINGMay 22, 2022
Read More
Scroll for more
Tap
Learn How To Throw An Event The Right Way
A Parallelogram: To Eat a Cookie and Watch Historical Reality Television In the Future. Sounds Fun, Right?