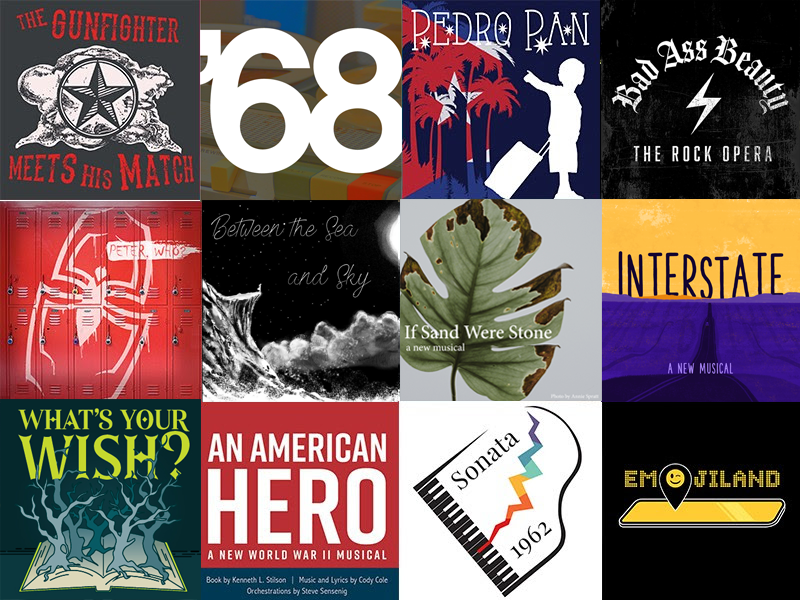 NYMF Festival Line-up and What To Look For

NYMF Festival Line-up and What To Look For 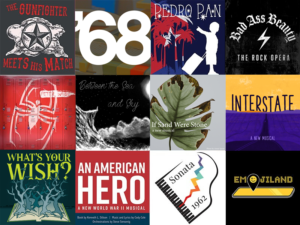 Now in its 15th year, NYMF will run July 9–August 5 at various locations around Broadway. Showcasing up-and-coming shows and musical theatre artists to watch and follow.

The previously announced 11 musicals include an Asian-American pop-rock poetry musical about a transgender spoken-word performer, a musical about emojis, and an Australian musical about the power of the ocean. Jamie Leo and Paul Leschen’s ‘68: A New American Musical will be the 12th production of the 2018 New York Musical Festival (NYMF). The show, which is inspired by the historic events at the 1968 Democratic Convention, is the second “Invited Production”—joining Kenneth Stilson, Cody Cole, and Steve Sensenig’s An American Hero: A WWII Musical.

The 2018 NYMF concerts will be Riley Thomas’ Defy Your Expectations; Christian De Gré, Joseph Anderson, and Serrana Gay’s Fatty Fatty No Friends; Victoria Rigby, Lauren Pritchard, and Whitney Mosery’s Girl From Nowhere; and a sneak peek at Ben West’s documentary piece Living History: An Inside Look At Show Time! The First 100 Years Of The American Musical, which charts the evolution of the artform from the mid-1800s through 1999, featuring select songs that shaped the canon.

For more information on the individual shows, special events, and more, visit NYMF.org.

Bad Ass Beauty — A Rock Opera
Book by Stefanie A. Seskin; music by Anthony Gemignani and LaQuinta Prince; lyrics by Prince; and additional music and lyrics by Elisa Burgos and Seskin
Meet Bad Ass Beauty—an Alpha Female baring her soul in a tumultuous ride of sex, booze, rock & roll and multiple borderline personalities. In a raw soliloquy of sound, Bad Ass Beauty and her band of hard-rockin’ misfits, takes us on a chaotic journey toward self-reliance and self-integration —exploring contemporary issues like mental illness, substance abuse, compromise, exploitation, and the failed relationships sprinkled throughout. Learn more: nymf.org/badassbeauty

Between the Sea and the Sky
Book, music, and lyrics by Luke Byrne
Sam and Emily are sisters on holiday at the beach where they stumble upon a tragic chapter of local history, one that has left behind a lingering mystery. As the girls uncover the details of the story, it pulls them into deeper waters. Between the Sea and Sky is an original Australian musical about our fascination with the ocean and fear of its power. Learn more: nymf.org/betweenseasky

Emojiland
Book, music, and lyrics by Keith Harrison and Laura Nicole Harrison
Inspired by The Unicode Standard, this electric ensemble piece explores the interconnected lives of two dozen emojis whose existence inside a smartphone becomes increasingly complicated after a software update. Driven by a thrilling, clever, heartfelt contemporary score, Emojiland transforms its telecommunicative, ubiquitous source material into an allegorical saga as open to interpretation as the iconic digital characters who inhabit its titular world. Learn more: nymf.org/emojiland

If Sand Were Stone
Book and lyrics by Carly Brooke Feinman; music by Cassie Wilson
If Sand Were Stone follows a remarkable poet as she and her family grapple with her early-onset Alzheimer’s disease at the peak of her career. As their world unsteadies and shifts, they must learn how to hold fast to love, against all odds. Loosely based upon a true story and inspired by extensive first-hand research with Alzheimer’s patients and their families, If Sand Were Stone is a testament to the resilience of the human spirit and, most importantly, to fierce love. Learn more: nymf.org/ifsandwerestone

Interstate
Book and lyrics by Kit Yan and Melissa Li; music by Li
Interstate is an Asian-American pop-rock poetry musical that follows Dash, a transgender spoken-word performer as he goes on a cross-country tour with Adrian, a lesbian singer-songwriter. Together, they’ve formed Acupuncture for Fools, an activist band fueled by growing internet popularity, the allure of fame, and a desire to connect with the Queer Asian community. At its heart, Interstate is about two transgender people at different stages of their journey and their parallel experiences with love, family, and finding a community. Learn more: nymf.org/interstate

Pedro Pan
Book by Rebecca Aparicio; music and lyrics by Stephen Anthony Elkins
Winner of the 2017 NYMF Developmental Reading Series Award
Based on the real-life events of Operación Pedro Pan, a young boy is sent to the U.S. to escape the growing dangers of post-revolutionary Cuba. To survive, Pedro must learn a new language and a new culture – while hoping to one day be reunited with his parents. With a score featuring the percussive rhythms of Havana to ’60s New York soul, Pedro Pan examines what it means to be a displaced immigrant in America. Named Top 10 Off-Off B’way Shows 2015 (MWAT) and Theatre Is Easy’s Best Bet 2015. Learn more: nymf.org/pedropan18

Peter, Who?
Book and lyrics by Justin Moran and Jonathan Roufaeal; music by Adam Podd and Doug Katsaros
Peter, Who? An Amazing Spider-Parody tells the story of a young nerdy high schooler named Peter, who wants to be special and stand out from the crowd that ignores him. But after he’s bitten by a radio-active spider at a Science Fair he has to learn how hard being ‘special’ can be. Learn more: nymf.org/peterwho

Sonata 1962
Book by Patricia Loughrey; music by Thomas Hodges; lyrics by Hodges and Loughrey
Raising a musically gifted child was a challenge that Margaret Evans cherished, and she devoted her life to her daughter. The world begins to open up for Laura when she gets a scholarship to study at a prestigious music school. But she falls in love with a girl at school. The lovers are caught, expelled, and charged with a crime. Margaret now faces a terrible choice: stand by as Laura destroys her future, or involuntarily commit her for a brutal treatment that might bring her daughter back. Learn more: nymf.org/sonata1962

The Gunfighter Meets His Match
Book, music, and lyrics by Abby Payne
The Gunfighter Meets His Match is a contemporary Wild West musical conceived and written by Brooklyn based singer songwriter Abby Payne. The universal love story, inspired by the New York City’s eclectic music scene and the short stories of Louis L’Amour, is one of love, loss, and hope as a rugged gunfighter faces his ultimate high stakes battle for his truest love. With the creative direction and highly entertaining choreography of Glitter Kitty Productions, the Gunfighter will transport you to another world with a few familiar echoes of our own. Learn more: nymf.org/gunfighterhismatch

What’s Your Wish?
Book by Thicket & Thistle; music and lyrics by Kyle Acheson, Sam De Roest, and Corley Pillsbury
When two teenage best friends get sucked into a magic storybook, they discover that getting home will take more than just a wish. With time running out, will Nicholas and Brian’s friendship survive their perilous journey through Death Forest? Turn the page with Thicket & Thistle’s What’s Your Wish?and join an exuberant cast of actor-musicians for an evening of music, humor, and imagination. Learn more: nymf.org/whatswish

An American Hero: A WWII Musical
Book by Kenneth Stilson; music and lyrics by Cody Cole; orchestrations by Steve Sensenig
An American Hero tells the story of a romantic and cheerful Irish immigrant, who joins the Army and falls in love and marries an American woman before being sent to fight the Second World War. He suffers terrible losses, while his wife joins the war effort at home. They both endure the war, but their battles take heavy tolls. On his return, he rejects the Medal of Honor for simply surviving the worst day of his life. In the end, he learns the depths of his love of family, the sacrifices of heroes, and the meaning of becoming an American. Learn more: nymf.org/americanhero