NYMF: Ladyship and The Show Must Go On 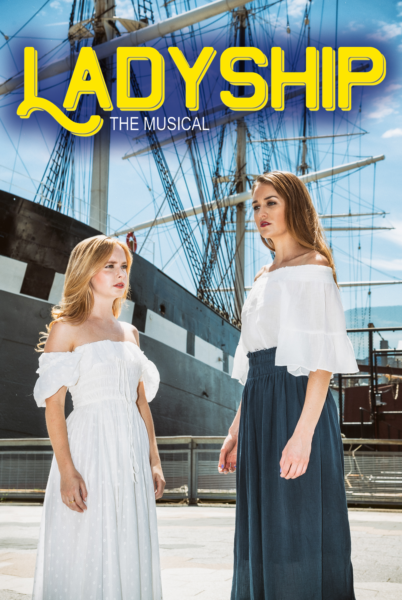 NYMF: Ladyship and The Show Must Go On

This afternoon I started my journey into the musicals being debuted at NYMF. First up was LadyShip, with book, lyrics, score and orchestrations by twin sisters Linda and Laura Good (known for their work as the Indie duo The Twigs). The version I attended, was a concert version, as the lead actress Maddie Shea Baldwin was without voice. Her role was taken over by Linda Good. Unfortunately either Ms. Good was also sick or doesn’t much of a voice, so musically the show was uneven and weak. It was a brave attempt.

I can not judge the direction by Samantha Saltzman, as it was minimal. Nor could I judge any of the other elements., which was a shame because I had heard wonderful things about these elements. What I can judge was the score, and book, but about 20 minutes into the piece, everything seemed familure. I knew this plot and storyline, as I had seen this show or what was close to it at The Irish Rep in 2014. The show was called Transport with book by Thomas Keneally (Schindler’s List), music and Lyrics by Larry Kirwan.

Transport was derived from the true story recalled by the grandmother of his wife, Judy, who journeyed in chains from Cork, Ireland to Sydney, Australia in 1846. Transport told the story of the impoverished Irish women and young girls (the so- called “undesirables”) who were deported on The Whisper, a prison ship, to the Australian penal colonies. In a sense so does Ladyship.

In Ladyship we follow Alice (Maddie Shea Baldwin missing) and Mary Reed (Caitlin Cohn), two impoverished Irish teenage sisters who are accused, judged guilty, and given a seven-year sentence to an Australian penal colony for stealing some handkerchiefs. They are sent on a ten-month voyage as captive criminals. With them is a married mother who misses her children (Brandi Knox); a daughter of a sailor who knows the score (Lisa Karlin); a Lady whose husband depleted her fortune by gambling( Jennifer Blood); a young orphan girl (Noelle Hogan); the captain’s entitled and brutal nephew (Trevor St. John-Gilbert); a Captain who is religious (Quentin Oliver Lee); a drunken sailor who thinks women are a cruse (Justin R. G Holcomb) and and a young sailor who falls for Mary (Jordon Bolden).

The score to Ladyship is mostly forgettable and has a pop/ folk feel. Missing were the Irish influence and the sound was more American than British and Irish. The standout songs were “So Many Stars” adorably sung by Noelle Hogan, “Ready to Begin” sung by Caitlin Cohn and Jordon Bolden. “I Need Anchor” sung by Jennifer Blood and the rich voice of Quentin Oliver Lee and “I’ll Find Away”.

English and Irish dialects, were impressive. Charlotte Morris on violin, Christopher Anselmo on guitar were standouts and played beautifully.

Feisty Lisa Karlin made the most of her role as did Brandi Knox as the mother separated from her children, but it was Noelle Hogan who stole the show as the orphaned Kitty who sings and brings hope to the show.