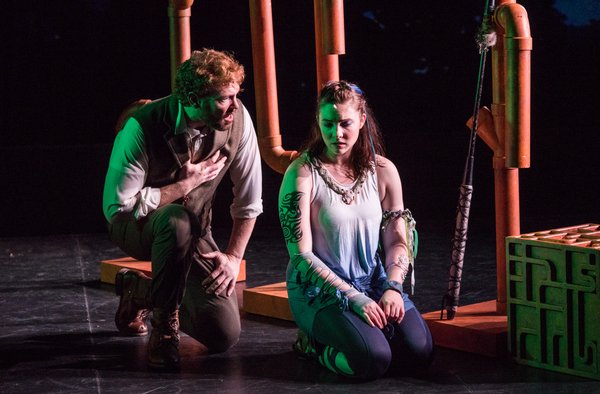 NYMF: The Time Machine a Convoluted Look at H.G. Wells

NYMF: The Time Machine a Convoluted Look at H.G. Wells 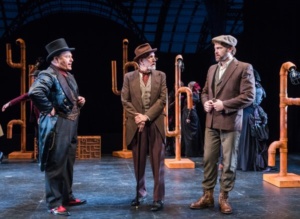 This year at NYMF, it is the book that is lacking and it seems the music is a side thought. The sci-fi genre musical, The Time Machine, with book by David Mauk and Brenda Mandabach, music and lyrics by David Mauk, doesn’t know what it is. It claims to be a wicked retelling of the classic novel by H.G. Wells, but in order to do this correctly, the show needs to be done in almost a comic book fashion, or a little more tongue and check. The Time Machine, takes itself too seriously. Part of this might be the direction by Justin Baldridge and the choreography by Jim Cooney. We need to see the wicked. 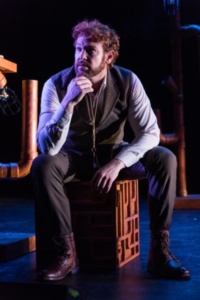 Thomas (the vocally wonderful and appealing Michael Hunsaker) is an inventor whose entire life has been plagued by Professor Dash (the hilarious and vocally powerful, Randal Keith). Leaving the 1900’s in order to save his time machine, Thomas winds up in a modern dystopia where machines are nonexistent and love is forbidden. Here he falls in love with an Eloi warrior Wenissa (the spirited and vocally brilliant Bligh Voth), the Katniss Everdeen of her time. 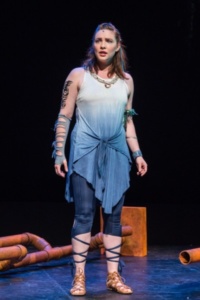 Professor Dash follows thanks to the blueprints of the time machine that were left behind. He bonds in this new world with the Morlocks, creatures who feed on flesh and blood. Having lost the key to his machine he is out to steal Thomas’s. Like all major villains, he is out to rule the world. 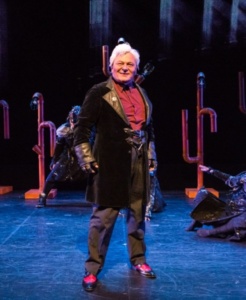 The music and lyrics by David Maukthe to The Time Machine, are simply beautiful. The show is blessed to have Ms. Voth, Mr. Keith and Mr. Hunsaker in their cast to make this music soar. All three are blessed vocally and not only do they make each note count, but also the intent behind the words. Barbara McCulloh and Mark Moritz, also stand out in smaller roles. 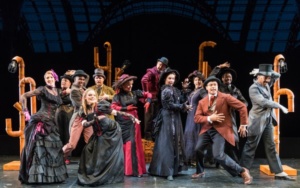 Cast of The Time Machine Photo by Russ Rowland

The direction by by Justin Baldridge, doesn’t add to the production and at times along with the choreography by Jim Cooney, make the show seem muddled. A prime example is how the time machine works. Where this should have been magical or cheesy, it is neither and is confusing.

David Mauk and Brenda Mandabach know how to write dialogue, but not how to make a show compelling. There is definitely a show here, but characters need to be fleshed out.

The sets by Lauren Mills , costumes by Vanessa Leuck, lighting by Jamie Roderick, sound by Patrick LaChance and projections by Don Cieslik are all well done. The music direction by Kristen Lee Rosenfeld, superb. 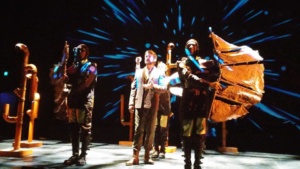 The Time Machine has potential, but it needs nurturing. So glad to have discovered the talents of Ms. Voth, Mr. Keith and Mr. Hunsaker, who I am sure I will be seeing more of.