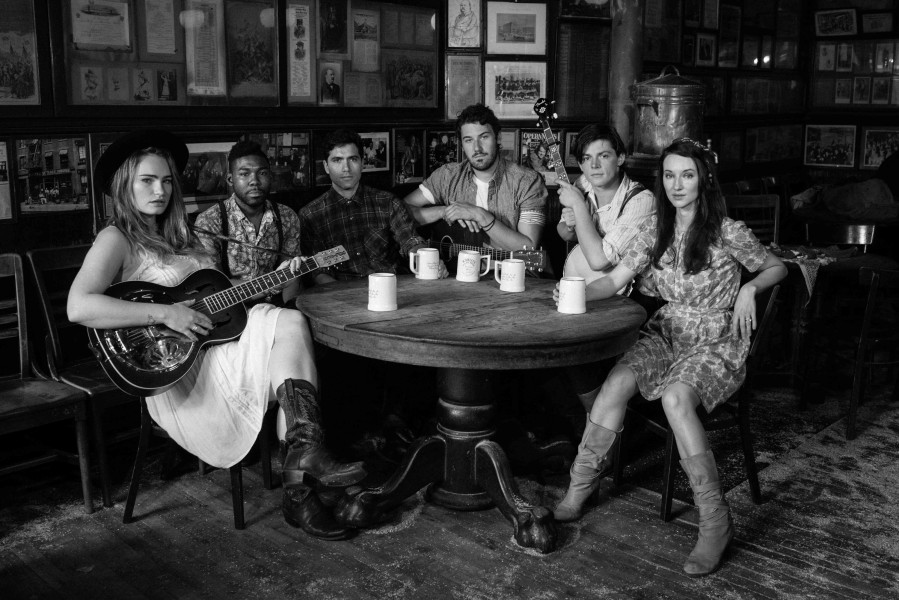 Dust Can’t Kill Me, is a folksy musical set during the Great Depression written by Abigail Carney and Elliah Heifetz, two Yale alumni while they were students. The play takes place in Kansas during the late 1930s at the heart of the Dust Bowl disaster and follows two sisters, one who is pregnant and sick (Elizabeth A Davis) and the other who has killed a man (Kathryn Gallagher), a African American (Richard Crandle) and two gay men, who go as brothers (Michael Castillejos, Adrian Blake Enscoe). All have secrets and have lied, hurt and been victims of life. When they are visited by a prophet ( Paul Hinkes) they are given rain, shelter and a promise of paradise. However paradise is not exactly what they were expecting and now they have to choose between paradise or life. For some it is easier than others.

The book is solid, but could use some fleshing out. The music is totally along the country folk vein and two hours of it is too much for me, but seems to please the downtown younger set. The lyrics were hard to hear by Ms. Gallagher and at times her voice is strident. All the actors play an instrument very much like a John Doyle production only we don’t lose the vocals, acting or orchestrations. Ms. Davis plays violin and does so exquisitely. This girl is truly a quadruple threat without losing any of the nuances of the other forms. Ms. Gallagher plays guitar, Mr. Castillejos bass, Mr. Enscoe banjo and mandolin and is wonderful to listen to. Mr. Crandle kept the beats with percussion and Mr. Hinks adds more tones on the guitar. This entire company plays extremely well and starts and end as a band of musicians, even giving us an encore number.

The direction by Srda Vasiljevic, a Bosnian-Iowan theater director is well served and keeps the piece moving, though he has help. Jennifer Jancuska, choreographs the ins and outs of working with your instrument as well as the musical numbers and there are 18 of them.

This is definitely a Yale alumnus project with Paul Hinkes class of 15,  Max Gordon the show’s musical director; DJ Stanfill the assistant musical director both class of 16 is; Yale senior Elizabeth Emanuel is assistant stage manager; and Ethan Karetsky class of 14 is the executive producer.

I would get this show down to 90 minutes as it drags in places, but I can see Dust Can’t Kill Me playing downtown and all around the country.