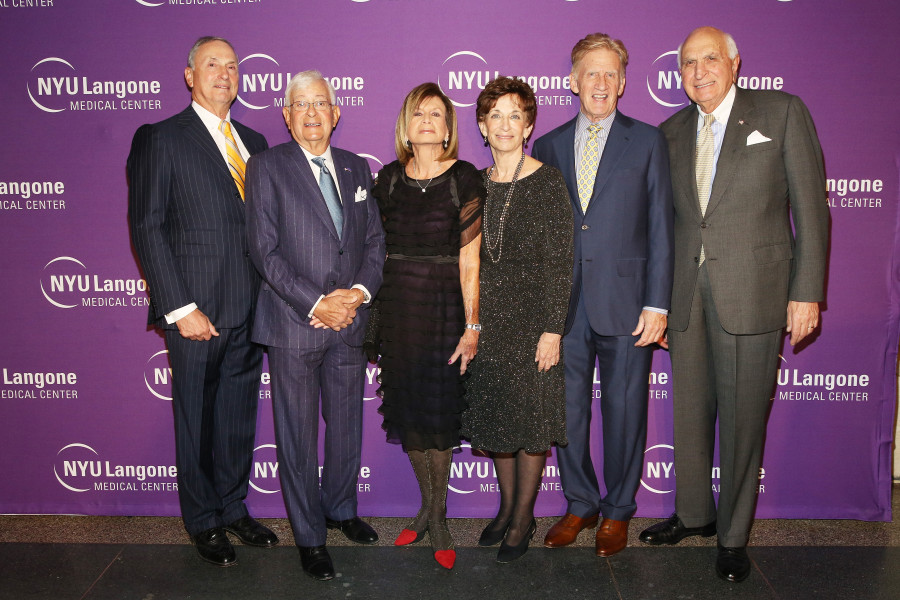 This week, NYU Langone Medical Center raised $1.6 million for its annual Musculoskeletal Ball. The lovely event took place at The American Museum of Natural History where a crowd of 400 gathered for the special night. 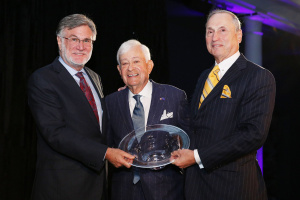 NYU Langone leaders also announced a new anonymous gift to the institution. The $7 million gift will be dedicated to NYU Lutheran initiatives in Brooklyn, including orthopaedics and medical education, and was made in tribute to Philip Moskowitz, MD—one of the evening’s honorees.

“We provide health care for so much of the population,” said Dr. Moskowitz. “It is a thriving institution with wonderful students and great health care at every level. We really care for the patients.”

In addition to Dr. Moskowitz—the Mamdouha S. Bobst Associate Professor of Internal Medicine, recognized for serving the Medical Center for five decades in various capacities—Judith and Stewart Colton were honored at the event for their longtime and generous support of the Medical Center. This year, the chair of the event was Gary D. Cohn, president and COO of Goldman Sachs, NYU Langone trustee, and chair of the Musculoskeletal Advisory Board.

Steadfast partners of NYU Langone for over three decades, Judith and Stewart Colton have been passionate about supporting emerging research fields and young promising investigators at NYU Langone. In 2014 the Coltons provided a $10 million gift to create the Judith and Stewart Colton Center for Autoimmunity at NYU Langone, a multidisciplinary hub for developing new diagnostics and treatments for autoimmune diseases. This gift is especially meaningful for the Coltons, as one of their sons lives with autoimmune diseases. “We’re pleased to be doing this, and we would love for it to nudge the field, hopefully sooner rather than later,” Mr. Colton said. According to the National Institutes of Health, it is estimated that there are at least 80 human diseases caused by an autoimmune response, and up to 50 million Americans suffer from autoimmune diseases.

The Coltons’ interest in fostering early-career researchers led to the creation of the Colton Family Scholars Program, which provides financial support to promising early career physician-scientists engaged in novel investigations at NYU School of Medicine. Additionally, the Coltons established the Dr. Lester Breidenbach Student Loan Fund for medical students in need of financial assistance. The Breidenbach Fund was named in honor of Mrs. Colton’s uncle who served as attending surgeon at NYU Langone and later as director emeritus of emergency services.

Addressing the guests, Robert I. Grossman, MD, the Saul J. Farber Dean and CEO at NYU Langone said, “Judy and Stewart Colton, your generosity will lead to discoveries that will make a difference in auto-immunity.”

Dean Grossman added, “Tonight we celebrate not only an outstanding physician, but also a compassionate and kind human being. Phil Moskowitz, the Frauenthal honoree, is a highly respected member of our faculty who has made a difference… for 50 years, and counting!”

A beloved primary care physician, Dr. Moskowitz has cared for multiple generations of families. Additionally, as a member of the executive committee for medical school admissions, he is actively involved in the recruitment of the next generation of physicians to NYU School of Medicine.

Dr. Moskowitz has also served as faculty director of development at NYU Langone for over a decade. He was instrumental in securing major funding for the Medical Center’s new emergency department, the Ronald O. Perelman Department of Emergency Medicine, and worked closely with his personal friends Judith and Stewart Colton when they shared their vision for a center dedicated to interdisciplinary autoimmunity research.