Off Broadway Alliance Presents “Master of the House: The Relationship Between Theatre and Production”

Off Broadway Alliance Presents “Master of the House: The Relationship Between Theatre and Production”

The seminar, titled “Master of the House: The Relationship Between Theatre and Production”will feature top theatre professionals discussing how to select the right venue for your production, and the interrelationship between theatres and the productions they house. The panelists are: Michael Coco, General Manager of Theatre Operations for the Shubert Organization, Catherine Russell, Owner and General Manager of the Theater Center, and Anthony Fancavilla, Producer and General Manager at Form Theatricals. Producer Robert Driemeyer (La Cage aux Folles, Tennessee Williams’ The Two-Character Play) will moderate.

“Master of the House: The Relationship Between Theatre and Production” will be held on the 3rd floor of The Theater Center (210 West 50th Street). Check-in will begin at 10:30am for networking and complimentary coffee and bagels. The panel discussion will take place from 11am to 12:30pm with additional time allotted afterward for conversation with fellow attendees.

Admission for the seminar is $5 (to partially cover the costs of presenting the seminar), and pre-registration is a must. Attendees are encouraged to pre-submit questions for the panelists when they submit their reservations. Questions will be asked live at the seminar. Reserve now at: masterofthehouseseminar.eventbrite.com

Michael Coco is currently General Manager of Theatre Operations for the Shubert Organization, overseeing the operation of their seventeen Broadway theatres and one Off Broadway theatre. Michael started his career as the Managing Director of the five-theatre Off Broadway complex New World Stages, programming content that ushered in original productions such as Rock of Ages, Altar Boyz, and Gazillion Bubble Show. During his tenure, New World Stages enjoyed sponsorships with Verizon Wireless and Time Out New York, created a visual arts gallery for emerging artists, entered the late-night scene with a public lounge and nightlife programming, and established a new producing model which welcomed the transfer of acclaimed Broadway productions such asAvenue Q, The 39 Steps, and Peter and the Starcatcher into commercial Off-Broadway runs. With their purchase of New World Stages in 2014, Michael joined the Shubert Organization and became Senior Director of Theatre Operations prior to holding his current position. Michael currently serves as a board member of the Off Broadway League and is a member of the Off Broadway Alliance.

Catherine Russell built and manages the Theater Center at 50th Street and Broadway, home to the Jerry Orbach Theater and the Anne L. Bernstein Theater as well as two large rehearsal studios. She is the General Manager of (and performs in) the longest running play in the history of New York, Perfect Crime, now in its 32nd year Off Broadway. She is also a principal in 3C Theater Consulting, a theater and general management company.

Anthony Francavilla is an Off Broadway Producer, General Manager, and Venue Operator. In 2012 he co-founded Form Theatricals with Zach Laks. Form combines the unique assets of venues with experience in general management and producing to bring work to the stage more efficiently. During his time with Form Anthony has produced and/or general managed seven New York TimesCritics’ Picks and had the distinct honor of once having three off-Broadway shows running simultaneously. Prior to Form Anthony won a GLAAD Award for Best Production for his productions of When Last We Flew and produced Oliver Parker starring John Laroquette and Michael Zegen at the Cherry Lane Theatre amongst many other productions. Anthony was a 2012 graduate of Columbia’s Theater Producing and Management program where he was a Dean’s Fellow. 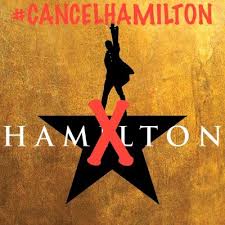 He Says: Belting and Chasing Rainbows Center Stage at the Paper Mill Playhouse
Get Ready For Michael Jackson on Broadway