Off-Broadway Openings Until The End of The Year

Off-Broadway Openings Until The End of The Year

Already in previews is Kathleen Chalfant, in Sarah Ruhl’s For Peter Pan On Her 70th Birthday at Playwrights Horizons. Les Waters directs. Playing Peter Pan at her hometown children’s theater is one of Ann’s fondest, most formative memories. Now, fifty years later, Neverland calls again, casting her and her siblings back to this faraway dreamscape where the refusal to grow up confronts the inevitability of growing old. Opens September 13th.

Also in previews is Suzan-Lori Parks The Red Letter Plays: Fuc*ing A and In The Blood. A playwright of Pershing Square Signature Center this year Jo Boney directs a cast that includes Brandon Victor Dixon, Joaquina Kalukango, Marc Kudisch, Christine Lahti and Elizabeth Stanley in a remixing The Scarlet Letter, Nathaniel Hawthorne’s seminal masterpiece, The Red Letter Plays tear open notions of gender and hypocrisy. Fucking A’s Hester Smith is an abortionist, forced to ply her trade to save her own son. The two plays share a cast and director as they seek to powerful indictment American society. Opens September 11

The Atlantic Theatre Company at the Linda Gross Theater presents Simon Stephens’ On The Shore Of The Wide World. Something is about to happen that will change one family forever. Set over the course of nine months, Neil Pepe showcases this play about love, family, Roy Keane and the size of the galaxy. Blair Brown stars. Opening night is September 12th.

T2C is a fan of director Will Davis, so we are looking forward to Philip Dawkins’ and MCC Theater Company’s Charm. Mama Darleena Andrews is a 67-year-old, black, transgender woman who takes it upon herself to teach an etiquette class at Chicago’s LGBTQ community center. Will the idealistic teachings of Emily Post clash with the very real life challenges of identity, poverty and prejudice faced by her students? Inspired by the true story of Miss Gloria Allen and her work at Chicago’s Center on Halsted. Opening is set for September 18th.

You saw the movie A Clockwork Orange, but now the novel by Anthony Burgess is being turned into a play at New World Stages. Get ready to be lured into testosterone-filled underworld of a dystopian future. Little Alex and his rebellious gang of Droogs will bring ultra-violence and sexuality to the stage and will make 1984 look tame. First Preview begins September 2nd with and opening set for the 25th.

A.R.T/New York Theatres, Ma-Yi Theater, Jason Kim and Woodshed Collective, Helen Park and Max Vernon bring you KPOP. Enter the Korean Pop music factory where stars are made… or broken. Directed by Teddy Bergman, choreographed by Jennifer Weber. Preview begin September 5th with an opening set for the 25th. Mark our words this will be hot!

David Cromer may have The Band’s Visit on Broadway but he is also directing Max Posner’s The Treasure at Playwrights Horizons. Ida Armstrong is broke, lonely, and fading fast. She’s spending all of her children’s money, forcing her son to assume the unwanted role of The Treasurer: an arrangement that becomes untenable the more he questions his devotion to her. Follow the strained ties between a son and his aging mother, and the hell of a guilty conscience. Marinda Anderson, Pun Bandhu, Deanna Dunagan and Peter Friedman star. Previews begin September 6th with an opening night set for the 26th.

Classic Stage Company is bringing a new musical of As You Like It with music by Stephen Schwartz. John Doyle directs a cast that includes Ellen Burstyn, André De Shields, Cass Morgan and   Kyle Scatliffe. An exiled Duke, his banished daughter, a gentleman in love, and a melancholy traveler. Shakespeare’s pastoral romance comes into the Jazz Age, with lovers in disguise, troubadours in trouble, and some of Shakespeare’s most beloved characters. Previews begin September 13th opening, TBD.

Atlantic Theatre Company/Linda Gross Theater presents Polkadots: The Cool Kids Musical follows 8-year-old Lily Polkadot who just moved to the “Squares Only” small town of Rockaway. As the first Polkadot in an all Square school, Lily faces an almost impossible task of gaining acceptance from her peers. From daily bullying, to segregated drinking fountains, Lily’s quest seems hopeless until she meets Sky, a shy Square boy whose curiosity for her unique polka dot skin blooms into an unexpected pal-ship. Inspired by the events of The Little Rock 9, Polkadots serves as a colorful history lesson for children, reminding them that our individual differences make us awesome, not outcasts. Previews begin September 16th with an opening: TBD.
Measure For Measure comes back to The Public thanks to the Elevator Repair Service. With athletic theatricality and Marx-Brothers-inspired slapstick, the ERS ensemble brings exciting new life to this story of impossible moral choices in 17th-century Vienna. Radical experiments with speed set the play’s combination of the comically absurd and the tragically serious in stark relief, and deliver a remarkable new show that marries the company’s unique performance style with the Bard’s exquisitely lyrical language. Previews begin September 18th with an October 10th opening. 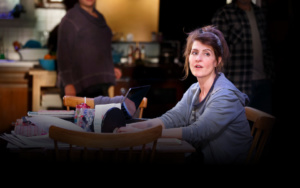 Following its critically-acclaimed and sold-out run last season, the uplifting and richly funny Tiny Beautiful Things returns to the Public’s larger Newman Theater with Academy Award-nominee Nia Vardalos (My Big Fat Greek Wedding) reprising the role of Sugar. Thousands of people wrote letters asking for advice from an anonymous online columnist named Sugar, who drew from her own life experiences to answer in a candid, often brutally honest exchange. It was later revealed that Sugar was Cheryl Strayed. Vardalos adapts Strayed’s book, weaving together the real letters to explore the monstrous beauty, unfathomable dark and glimmering light, which are at the heart of being human. Previews begin September 19th with an October 10th opening.

Set in South Central LA, Oedipus El Rey is an electrifying new take on the Greek tragedy, written by acclaimed playwright Luis Alfaro (Electricidad, Straight as a Line). Oedipus is reimagined as a troubled Latino whose dreams of controlling his own destiny soar above the barbed wire of the prison where he’s spent his life. But in a place where everyone is trapped—by desperation or fate, history or violence—no one man can change his story alone. Love, family and belief collide in this chilling, incredibly powerful new play that asks: what’s fate, and what’s just the system? Previews begin October 3rd with an October 24th opening at The Public Theatre.

In Julie Cho’s Office Hour Gina was warned that one of her students would be a problem. Eighteen years old and strikingly odd, Dennis writes violently obscene work clearly intended to unsettle those around him. Determined to know whether he’s a real threat, Gina compels Dennis to attend her office hours. But as the clock ticks down, Gina realizes that “good” versus “bad” is nothing more than a convenient illusion, and that the isolated young student in her office has learned one thing above all else: that for the powerless, the ability to terrify others is powerful indeed. Previews begin October 17th with an November 8th opening at The Public Theatre.

This season, Richard Nelson, the writer-director of the acclaimed Apple Family Plays and The Gabriels, returns to The Public to reveal a forgotten chapter in The Public Theater’s celebrated history. In Illyria, it is 1958, and New York City is in the midst of a major building boom; a four-lane highway is planned for the heart of Washington Square; Carnegie Hall is designated for demolition; entire neighborhoods on the West Side are leveled to make room for a new ‘palace of art’. And a young Joe Papp and his colleagues face betrayals, self-inflicted wounds and anger from the city’s powerful elite as they continue their free Shakespeare productions in Central Park. Previews begin October 22nd for a opening TBA.

Rajiv Joseph’s play Describe The Night is coming to The Atlantic Theatre Company. In 1920, the Russian writer Isaac Babel wanders the countryside with the Red Cavalry. Seventy years later, a mysterious KGB agent spies on a woman in Dresden and falls in love. In 2010, an aircraft carrying most of the Polish government crashes in the Russian city of Smolensk. Rajiv Joseph’s epic new play traces the stories of seven men and women connected by history, myth and conspiracy theories. Previews begin November 1st.

Shaun and Abigail Bengson’s Hundred Days unleashes an exhilarating and raw story about embracing uncertainty, taking a leap, and loving as if you only had a hundred days to live. Come to the New York Theatre Workshop November 15th to see Anne Kauffman direct this new musical.