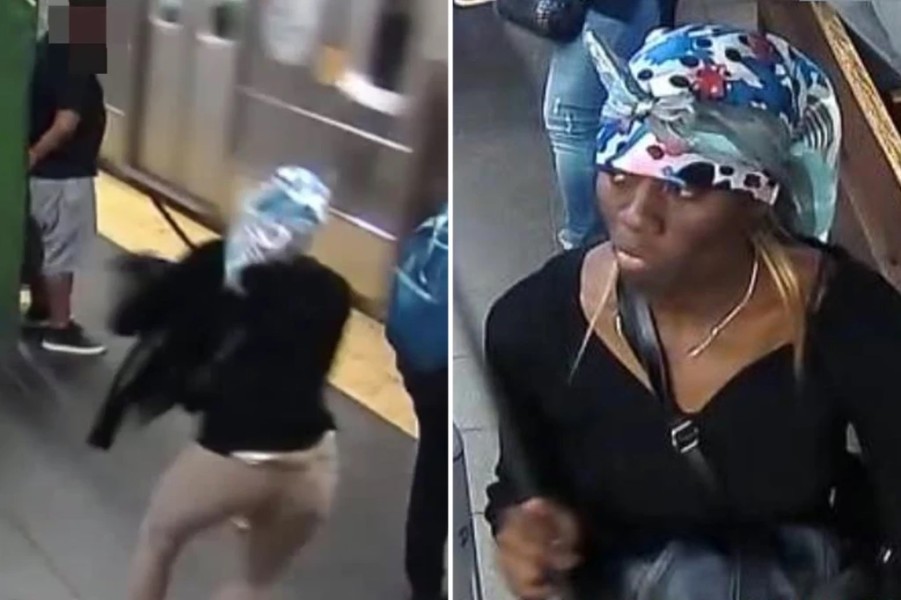 Police have arrested a suspect who pushed a 42-year-old woman into an incoming train during the 8:15 a.m. rush hour Monday at the the uptown platform in Times Square. The unprovoked attack was by 29-year-old Anthonia Egegbara, of Queens, who is now charged with attempted murder.

Egegbara, a dark skinned, turban wearing woman, listed her address as a hotel in Far Rockaway Queens that is used as a female shelter.

The victim was slammed into the side of a northbound No. 1 train, suffering facial injuries and was taken to the hospital.

On Monday a 39-year-old man shot himself in the leg while urinating in Times Square. The male a resident of Brooklyn, sent a bullet to his right leg at the corner of West 40th Street and Seventh Avenue around 12:25 p.m., where he stumbling into the corridor of the subway. I guess it’s ok to urinate in public in Brooklyn. It’s not clear if he shot himself or was shot as the stories conflict, but if he shot himself, why was he allowed to carry a fire arm and conceal it? He was taken to Bellevue Hospital and will survive.

Suzanna BowlingOctober 9, 2021
Read More
Scroll for more
Tap
My View: NYC is Back and so is The New York Pops
The Woke Have Lost Their Mind: de Blasio Cancels Gifted and Talented School Programs Because He Says It Discriminates Against Black and Hispanic Students