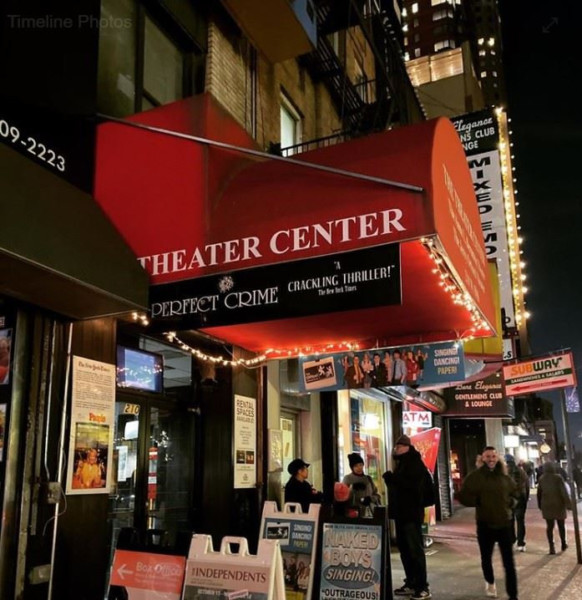 Perfect Crime and The Office: A Musical Paraody have an issue with NYC’s latest crime spree. The entire Theater Center (located at 210 West 50th Street) had their copper pipes ripped off. These pipes supply water and heat to the theatre’s. The burglars broke into the vacant restaurant Emmett O’ Lunney’s, made their way to the basement which now houses the sparkling new speakeasy Nothing Really Matters and disconnected and stole every piece of copper pipe they could find. The thieves returned in the early morning and smashed the main front doors to the theater on 50th Street. There were bullet casings in the basement

They have not been identified or apprehended. Replacing the doors, pipes and installing new ones is estimated to cost at least $25,000.

Catherine Russell is both the general manager of The Theater Center and the lead actress in Perfect Crime since 1987. Cathy states:“I got a weekend off and better piping and better security, so it has a happy ending.”

Copper thefts have been a growing problem for years due to the increased value. Con Edison has launched a program aimed at deterring copper wire thefts and protecting its equipment.

Let’s hope the DA will prosecute, but knowing Braggs it will most likely be a slap on the hand.