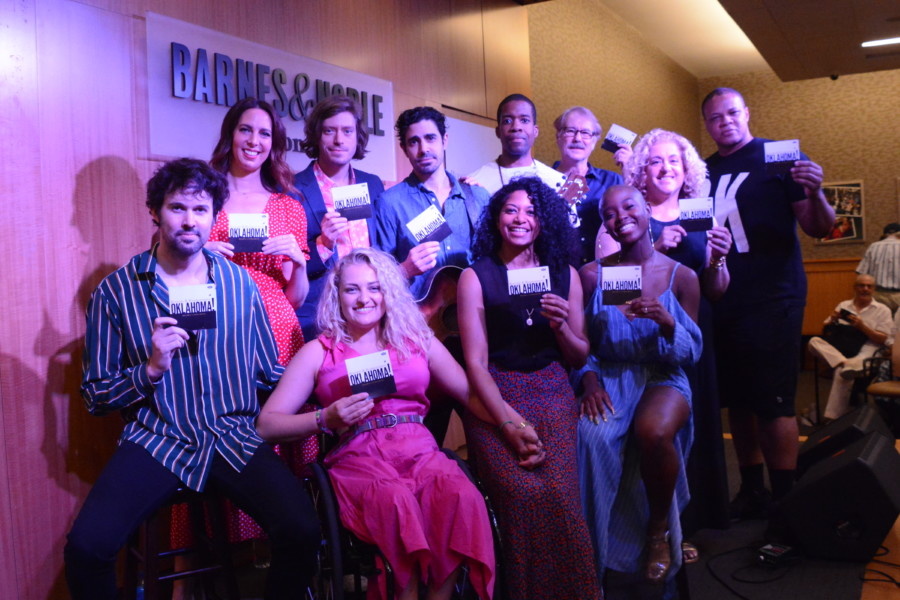 Oklahoma! appeared at Barnes and Noble to celebrate the show’s cast recording with an in-store performance and signing.

The event took place at 3:30 PM at 150 East 86th Street, and featured performances by Damon Daunno

Oklahoma! won the Tony Award for Revival of a Musical, as well as Ali Stroker for Featured Actress in a Musical.

Following the performance, the cast signed copies of the CD