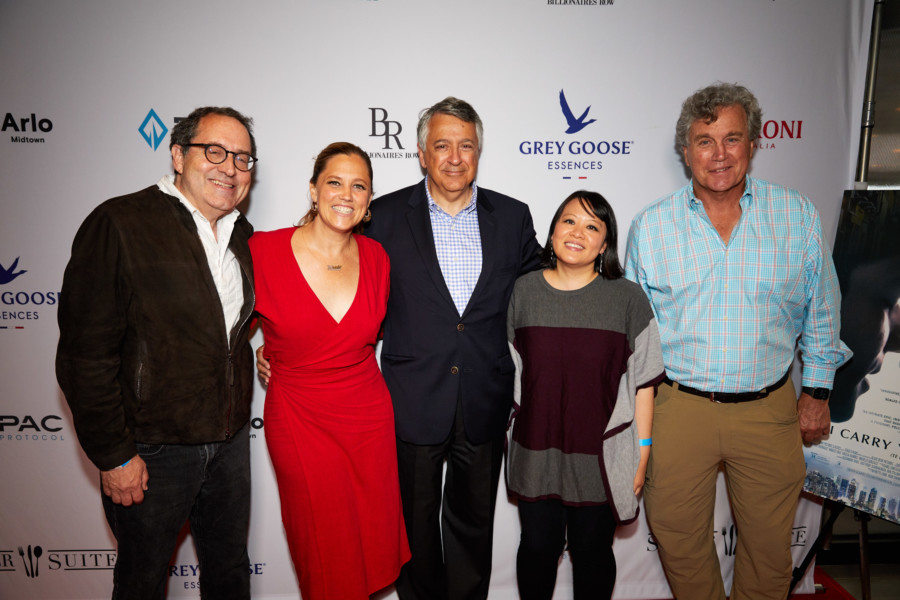 Tribeca Festival continues to be a bright shining light emerging from the shadow of the pandemic with some of the best events in recent history.

Founding members Debbie Harry, Chris Stein and Clem Burke of the legendary rock band Blondie join New York City artist and director Rob Roth for a wildly entertaining Storytellers conversation where they discuss their chart-topping success and fearless spirit, which led to induction into the Rock & Roll Hall of Fame in 2006.

Speaking about Jean-Michel Basquiat, the band recalls “He was a good kisser!” and “He smoked a lot of pot.” Clem and Chris reflect back on their favorite Andy Warhol memories, saying they loved “shooting guns in Andy’s factory. No joke. We miss that factory.” The group also discusses the constant changes happening in New York City. Chris humorously makes a comment saying “Today, there’s not enough of a distinct group of weirdos.”

Over at Supper Suite at Nearly Ninth at Arlo Midtown, Sony Pictures Classics hosted the pre-reception for “I Carry You With Me.” The accclaimed documentarian Heidi Ewing’s narrative debut is a cross-border romantic drama about a gay New York City chef reflecting back on his experiences coming of age in Mexico. At the party guests enjoyed delights from the venue’s kitchen and Executive Chef Corey Becker, as well as sips from GREY GOOSE® Essences, PAC Protocol, Peroni Beer, and Billionaires Row Champagne.

Attendees also checked out PAC Protocol, a premier technology and blockchain partner. The App is a mobile wallet that connects customers with a fast and more cost-effective way to send, save and store digital transactions globally, especially in Hollywood.

The film, screening as part of Tribeca’s Juneteenth programming, is the definitive portrait of the legendary funk/R&B icon, set to a soundtrack that compels you to get out of your seat from the opening moments. The film was paused mid-way through due to New York State’s fireworks display in New York Harbor, which celebrated essential workers as the state reaches a 70% vaccination rate and lifts most COVID restrictions. The audience gave hearty rounds of applause when the fireworks and the reason behind them were announced, as well as after the spectacular light show’s grand finale, before the film continued on.