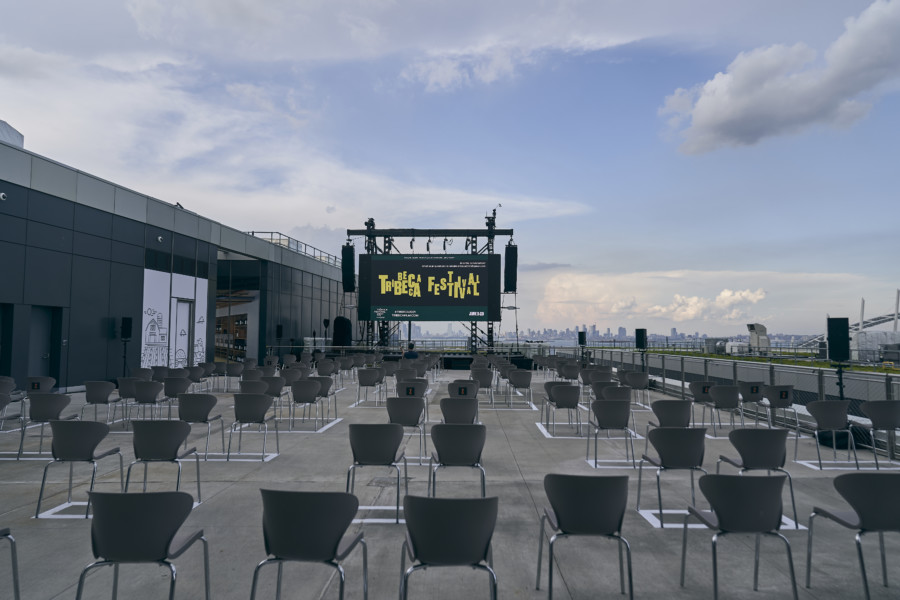 New York City showed the world we are back in business. Over the nearly two week festival several events proved that the love for entertainment never goes away. After 12 sensational days, the 2021 Tribeca Festival, presented by AT&T, came to a close. The festival celebrated the re-opening of New York, the return of star studded red carpets, and Tribeca’s 20th Anniversary at its multiple open-air venues across all five boroughs.

In celebration of the  20th anniversary of the festival, Tribeca teamed up with emerging director Lance Oppenheim and a diverse host of other contributors and friends of the festival including Robert De Niro, Fran Leibowitz, John Legend, Lin Manuel Miranda, Jon Chu, Stacey Abrams, Whoopi Goldberg, Darren Aronofsky, Steve Buscemi, Patti Smith, Delroy Lindo, John Turturro, Elegance Bratton, Michael Rappaport, Ximena Sariñana, Mike Jackson, Scott Z. Burns, Steve Bognan, Julia Reichert and more to create a behind the scenes short film shot on the move completely on iphone, capturing the making of Tribeca, the first North American film festival to come back in-person following the pandemic. This film is a love letter to New York featuring real life city dwellers with some noticeable public faces that celebrates the city’s resilience as New York reopens. The crew filmed from opening night of In The Heights which screened on 9 screens across all the city’s five boroughs, to intimate green room and 1:1 close ups with talent and friends of the festival in addition to snaps from the red carpet and capture of legendary performances.

The a poignant and inspiring documentary short that lets viewers follow the skin health journeys of seven families facing extraordinary circumstances as they navigate the long-term effects of living life in the sun, while still living vibrant lives. It is the first project from Neutrogena Studios and is now available on demand on The Roku Channel, YouTube, Google Play, Apple TV and Vimeo On Demand.

Two exciting Tribeca Talks took place today: Tribeca Talks: Scott Z. Burns & Matthew Rhys and Tribeca Talks: Tina Fey & Co. Scott Z. Burns and actor Matthew Rhys first posed for the photocall before giving a spirited conversation about Mr. Burns’ illustrious career as a writer, director, producer and playwright. Later in the evening, Tiny Fey, Jeff Richmond, Busy Phillips, Robert Garlock and Meredith Scardino participated in the photocall, then convened on the stage for an animated discussion about collaborating together on such shows as the new hit “Girls5Eva” and “Unbreakable Kimmy Schmidt.” Burns at the panel emphasized to the audience to never give up on their dreams and to always have a vision.

The Queen Collective: A partnership between P&G, Queen Latifah, Flavor Unit Entertainment, and Tribeca Studios, Queen Collective returned in 2021 for a third year with its continued mission to accelerate gender and racial equality behind the camera, by opening doors to the next generation of up-and-coming Black women directors.

Here is three cheers for one heck of a festival!