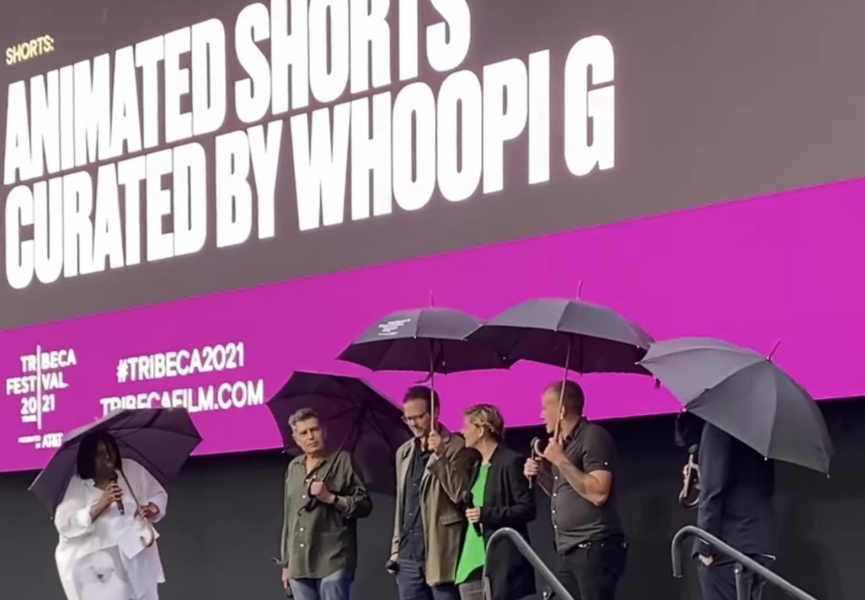 On the Scene at Tribeca Festival: Whoopi Goldberg, Darren Aronofsky and More

On the Scene at Tribeca Festival: Whoopi Goldberg, Darren Aronofsky and More

A little rain didn’t stop Tribeca Festival for being the hottest thing happening in the city this weekend.

For the Animated Shorts program curated by Goldberg, Tribeca Festival’s co-founder Jane Rosenthal introduced Whoopi and thanked her for being with the festival from the start and shared a photo of them from their first festival together.

“These films gave us all what we needed. They gave us hope, humor, love and understanding. Pardon my French if there are little kids out here in the audience, but shit happens. And it happened. And these films captured that,” said Goldberg.

Imaginative storytelling and captivating craft was viewed in the films: Try to Fly, Navozande, Ashes, Dirty Little Secret, Death and the Lady, Leaf Boat, There are Bunnies on Fire in the Forest and Blush.

Spotlight Documentary feature, “The Lost Leonardo” had its world premiere at The Battery with director Andreas Koefoed, co-producers Christoph Jorg and Andreas Dalsgaard taking photos on the carpet. In addition, cast members Diana Modestini, Robert Simon, Evan Beard, Doug Patterson and Alexandra Bregman made red carpet appearances for the premiere screening along with Sony Pictures Classics co-president Michael Barker. Prior to to the riveting screening the crew met up at a Supper Suite party Gelso and Grand to toast the premiere.

Then on the scene uptown Supper Suite hosted a pre-reception for “Catch the Fair One” hosted by Darren Aronofsky. GREY GOOSE® Essences, PAC Protocol, Peroni Beer, and Billionaires Row Champagne sponsored the event at the newly opened Gerber Group’s restaurant and lounge, Nearly Ninth within the Arlo Midtown.