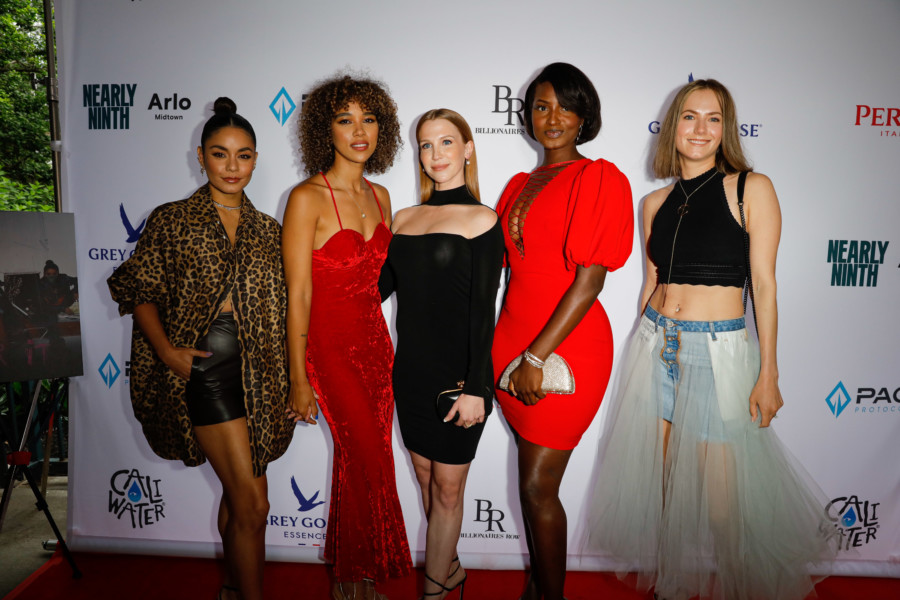 Tribeca Festival is off to an amazing start in the re-energized city of New York.

Vanessa Hudgens came out after her screening of “Asking for It” for a soulful party at Nearly Ninth at Arlo Midtown. The legendary Supper Suite returned to the Big Apple for a night with toasts all around from partners GREY GOOSE Essences, PAC Protocol, Peroni Beer, and Billionaires Row Champagne. There was a ton of buzz around the filmmaker and the stars as they entered the red carpet. Fans came out just to get a glimpse from outside of the event that was a beautiful sign of the re-emergence of New York City.

The fourth day of the festival was also filled with an exciting lineup of world premieres, special talks, shorts, podcasts, and appearances by celebrity favorites.

Amy Schumer and Emily Ratajkowski participated in a Storytellers conversation discussing their friendship, motherhood, activism and going back to work.

The powerful documentary, “Not Going Quietly,” had its world premiere, which follows Ady Barkan embarking on a national campaign for healthcare reform.Director Nicholas Bruckman along with producer Amanda Roddy celebrated with participants Tracey Corder and Ana Maria Archila who attended the premiere along with Ady’s wife Rachael King.

And, “Roaring 20’s” screenwriters/stars Joris Avodo and Noemie Schmidt attended the photocall at Hudson Yards, alongside producer Laurent Rochette and additional cast members Zoe Fauconnet, Leo Poulet, and Lila Poulet-Berenfeld. The film, screening in the International Narrative Competition section, allows the audience to accompany everyday people as they cross each other throughout their day, much as we frequently cross with strangers whom we never meet. Creatively and meticulously choreographed by Elisabeth Vogler, this 24-actor tour de force was made with only 16 crew members in six takes.