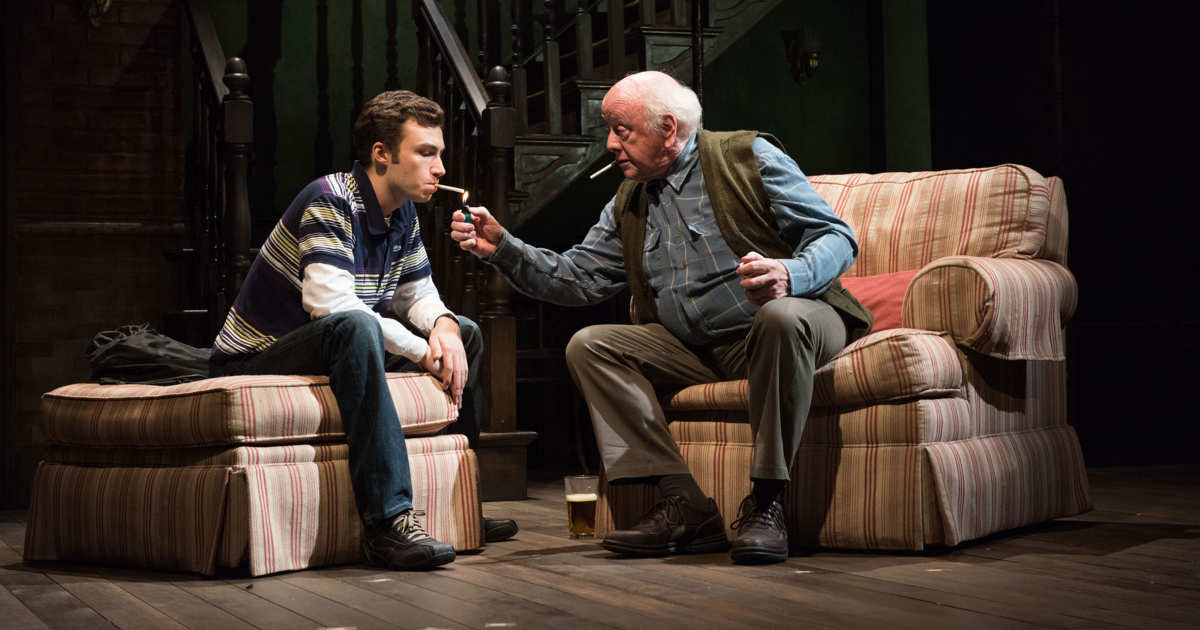 When I have fears that I may cease to be
Before my pen has glean’d my teeming brain,
Before high-piled books, in charact’ry,
Hold like rich garners the full-ripen’d grain;
When I behold, upon the night’s starr’d face,
Huge cloudy symbols of a high romance,
And think that I may never live to trace
Their shadows, with the magic hand of chance;
And when I feel, fair creature of an hour,
That I shall never look upon thee more,
Never have relish in the faery power
Of unreflecting love!—then on the shore
Of the wide world I stand alone, and think
Till Love and Fame to nothingness do sink.     Keats

The play follows three generations of a blue collar family outside of Manchester. Eighteen-year-old Alex (Ben Rosenfield) and his girlfriend Sarah (Tedra Millan)are about to take their relationship to the next level. Alex’s parents Peter (C.J. Wilson) and Alice (Mary McCann) have allowed him to bring Sarah home for the night. Fifteen-year-old Christopher (Wesley Zurick), is instantly smitten by Sarah and asks his grandfather Charlie (Peter Maloney) for money to buy Sarah a present. When he returns he sees his grandfather hitting his grandma Ellen (Blair Brown) and the illusion he had over who his grandfather was is crushed.

When tragedy happens the family’s balance is thrown off kilter. Peter goes to work on a house for a  pregnant editor (Amelia Workman), and  finds relief in talking to her. Alice bonds with an unlikely mathematician (Leroy McClain) who is the key to the accident that has lead to this riff.  In bonding He tells Alice that he and his wife had aborted their out-of-wedlock son, as Alice confides that is how she and Peter got married. In the meantime the level of drunkenness and abuse gets better from generation to generation. In the end life goes on and problems are swept underneath the carpet. 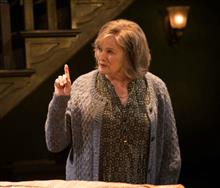 Wilson’s portrayal of a man who was abused by his father, not quiet loving to his first son, devastation over the tragedy that occurs and his love for his wife is heartbreaking. He makes this simple man raw and layered and we feel for him. McCann, by the end allow us to see why she has been like she is. In the end it is a mother’s love and a wife’s history. Rosenfield allows us to see a son’s need for space. Ms. Millan is a seductive Sarah who brings light to the production. Maloney, and Brown are well matched as the older couple who stay together, but should have parted long ago.

The Atlantic’s artistic director Neil Pepe keeps this play moving and you barely feel you have been there two and half hours.

Stephens play is a character study and on that it succeeds, but except for the tragedy, nothing truly happens, nobody is really changed and the audience is left wondering what was the point.

On the Shore of the Wild World: The Atlantic Theater Company, Linda Gross Theater, 336 West 20th St., until October 8th.

Suzanna BowlingJune 23, 2022
Read More
Scroll for more
Tap
Still, Birth Helps Release the Trauma of Losing a Child
On The Shore of the Wide World: Coping & Watching but Not Diving In