Once Upon A One More Time, A New Musical Set to the Hits of Britney Spears 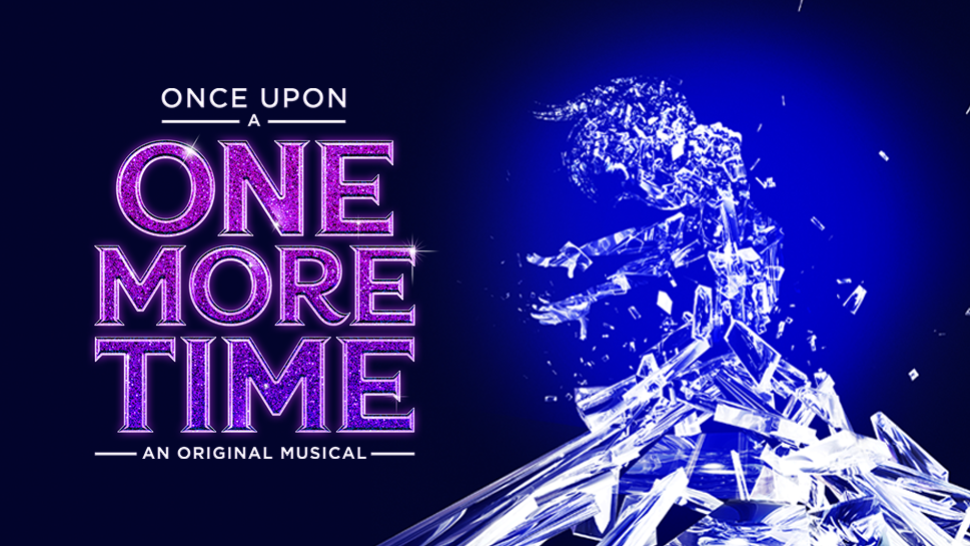 Once Upon A One More Time, A New Musical Set to the Hits of Britney Spears

The Nederlander Organization is pleased to announce the world premiere cast for the Broadway-bound Once Upon A One More Time, a new musical set to the smash hits of Grammy Award-winning superstar Britney Spears. Briga Heelan (“Great News”, Judd Apatow’s “Love”) and Justin Guarini (Romeo and Juliet, “American Idol”) will star as Cinderella and Prince Charming in the musical’s pre-Broadway run this spring at Chicago’s James M. Nederlander Theatre, alongside BAFTA Award nominee Simon Callow (Four Weddings and a Funeral, “Outlander”) as Narrator,  Tony nominee Emily Skinner (Sideshow, The Cher Show) as Stepmother, Brooke Dillman (Superbad, “Wrecked”) as The O.F.G (Original Fairy Godmother), Aisha Jackson (Waitress, Frozen) as Snow White, and Mimi Scardulla (We Are The Tigers) and Tess Soltau (Wicked) as Stepsisters Belinda and Betany.

Once Upon A Time… Cinderella, Snow White, and the other fairytale princesses gather for their book club, when – oh, baby baby! – a rogue fairy godmother drops The Feminine Mystique into their corseted laps, spurring a royal revelation: could there really be more to life than bird-made dresses and true love’s kiss? With an original story written by Jon Hartmere (bare, The Upside) – set to the songs of the Princess of Pop herself, Britney Spears – Once Upon A One More Time weaves such hits as “Oops! I Did It Again”, “Stronger,” “Toxic” and “Lucky”, into an uproarious, irreverent look at the towering challenges, charms, and choices involved in finding that most elusive of endings: Happily Ever After.

Directed and Choreographed by internationally-acclaimed artists Keone & Mari Madrid (Beyond Babel, BTS, Justin Bieber’s “Love Yourself”), Once Upon A One More Time begins previews at Broadway In Chicago’s James M. Nederlander Theatre (24 W. Randolph Street) on Tuesday, April 14, 2020, with an opening night of April 30, for a limited engagement through May 17, 2020.  Dates and venue details for the Broadway production will be announced at a later date.

Individual tickets for Once Upon A One More Time are on sale now, by calling the Broadway In Chicago Ticketline at (800) 775-2000 or by visiting www.BroadwayInChicago.com.

Briga Heelan (Cinderella) Briga’s immersion in the theatre began at early age, when she learned at the heels of her father, an acclaimed playwright and theatre instructor, and her mother, an actress.  She graduated from Walnut Hill School of the Arts in New England, which showcased at Lincoln Center’s Alice Tully Hall, and continued on as a Musical Theater major at the prestigious Cincinnati Conservatory of Music.  She eventually transferred to the University of Southern California, where she was the recipient of the James Pendleton Award for Outstanding Contribution to the School of Theatre.

Ms. Heelan’s career took roots in Los Angeles where she quickly found work in television comedy and film.  After a handful of guest starring roles, she starred (alongside Skylar Astin) in the TBS series “Ground Floor”, where she met her now husband Rene Gube, a writer and performer on the show.  Her most notable television role to date came when she landed the lead role opposite Andrea Martin and John Michael Higgins in the NBC series, “Great News,”produced by Tina Fey and Robert Carlock.

Simon Callow (Narrator) came to prominence as a stage actor with his critically acclaimed debut as Mozart in the 1979 original production of Peter Shaffer’s Amadeus at the Royal National Theatre, where he has also performed in The Alchemist, Single Spies and Sisterly Feelings. He has since played some of the theatre’s most iconic roles, including Titus Andronicus, Faust, Oscar Wilde in The Importance of Being Oscar, and Pozzo in Waiting For Godot opposite Sir Ian McKellen and Patrick Stewart. Among his many film credits are Four Weddings and a Funeral (1995 Oscar-nominated Best Picture), Shakespeare in Love (1999 Oscar-winning Best Picture), The Phantom of the Opera, Victoria & Abdul, No Man’s Land (2002 Oscar-winning Best Foreign Film), A Room With A View (1985 Oscar-nominated Best Picture), Amadeus (1984 Oscar-nominated Best Picture), Maurice and Ace Ventura: When Nature Calls. Select television credits include: “Outlander” “The Rebel,” “Trial & Retribution”, “Doctor Who”, “Galavant,” “A Christmas Carol,” and “Rome”. His series of internationally-touring solo shows include: A Christmas Carol, The Mystery of Charles Dickens, There Reigns Love, Dr Marigold & Mr Chops and Being Shakespeare. Simon has written thirteen books, including Being an Actor, Shooting the Actor, a highly acclaimed biography of Charles Laughton, a biographical trilogy of Orson Welles, Love is Where it Falls and his memoir My Life in Pieces.

Jon Hartmere (Book) has written screenplays and teleplays for Fox, Disney, Amazon, Paramount, TWC, Miramax, Nickelodeon and Sesame Street Productions, including the recent hit The Upside, starring Bryan Cranston, Kevin Hart, and Nicole Kidman.  He wrote the lyrics and co-wrote the book of the musical bare, and was a field agent on season 5 of MTV’s Punk’d.

Keone & Mari Madrid (Direction & Choreography). Keone and Mari are globally acclaimed artists known for explosively viral dance videos and collaborations with the world’s top musical acts.  After choreographing and starring in Justin Bieber’s hit music video “Love Yourself,” which has been viewed over 1.5 billion times on YouTube alone, they became one the industry’s most sought-after dance teams, choreographing several music videos and historic appearances for the global K-Pop sensation BTS, as well as on projects with Mark Ronson, Billie Eilish, Ed Sheeran, Flying Lotus, and Kendrick Lamar. Their work has earned nominations for Best Choreography from the MTV Video Music Awards and the UK Video Music Awards. They have appeared on the hit television series “World of Dance,” “So You Think You Can Dance,” “Ellen”, and “Dancing with the Stars”; in Times Square Billboard campaigns; SKY a 3D musical; dance competitions worldwide; and most recently, creating, directing, co-producing, writing and starring in their first full length theatrical, “Beyond Babel”. On top of their work as dancers & choreographers, they are teachers & creatives, and husband & wife, who started out on their own paths and eventually found each other through dance, living out a dream of sharing impactful art through storytelling and movement, hoping to inspire others to do the same.