One Broadway Show Down and Another On It’s Way 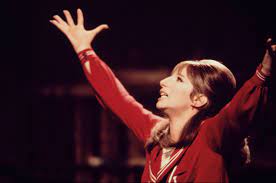 One Broadway Show Down and Another On It’s Way

Yesterday I wrote about shows that were coming to Broadway after many of them are going to TV screen for at-home viewers and the big screen before their openings. I didn’t mention West Side Story, mainly because I was not of fan of this production and forgot about it. Today this news came.

“It is with great regret that we are announcing today that the 2020 Broadway revival of West Side Story will not reopen. This difficult and painful decision comes after we have explored every possible path to a successful run, and unfortunately, for a variety of reasons, reopening is not a practical proposition. We thank all the brilliant, creative artists who brought West Side Story to life at the Broadway Theatre, even for so brief a time, especially the extraordinary acting company, 33 of whom made their Broadway debuts in this production.”

Sadly the the Small Business Administrations Shuttered Venue Operators Grant program gifted the show $10 million, must be returned as the criteria was to re-open.

Also in the news is the Broadway revival of Funny Girl. An Equity casting call states the show will be directed by Michael Mayer and will begin rehearsals on February 22, 2022, with a first performance on April 2.

Fanny and Nicky Arnstein have been cast so the question is who. Rumor is the actress cast as Fanny is Beanie Feldstein. Feldstein made her Broadway debut as Minnie Fay in the 2017 Broadway production of Hello, Dolly!, but is she really Fanny material? More in line would be Lady Gaga if she would do it, Shoshana Bean who played the role at North Shore, Leslie Kritzer who was brilliant at PaperMill or Christina Bianco who wowed in Paris.

Suzanna BowlingJanuary 18, 2023
Read More
Scroll for more
Tap
Ann Crumb: From my Memoir, 200 Times a Year. My Life in, At and Around the Theatre
On Blueberry Hill Finds Its Poetic Freedom from Pain in Streamed Forgiveness