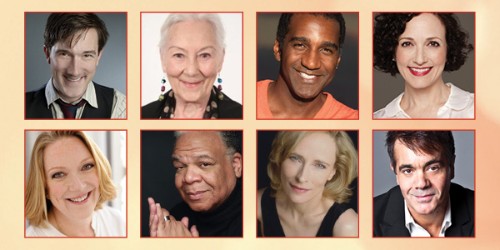 The brilliant wit of Noël Coward in three delightful bites, served up by over twenty of New York’s most beloved actors. After complimentary sparkling spirits, the evening unfolds: Red Peppers, described by Coward as “a vaudeville sketch sandwiched in between two parodies of music hall songs;” Shadow Play: A Musical Fantasy, a surreal love story between a married couple and their younger selves; and Ways and Means, a madcap comedy about a young couple on the make. These are three gems from a cycle of ten one-acts, originally written for Coward himself to perform with the legendary Gertrude Lawrence, after audiences couldn’t get enough of them in Private Lives.

“What a wonderful cast! And what wonderful short plays! This promises to be a night to remember, and a fabulous way to kick off our exciting 2018-’19 season,” said Mr. Berger.

In the introduction to a published edition of the plays, Coward wrote “A short play, having a great advantage over a long one in that it can sustain a mood without technical creaking or over padding, deserves a better fate, and if, by careful writing, acting and producing I can do a little towards reinstating it in its rightful pride, I shall have achieved one of my more sentimental ambitions.”

The performance of Noël Coward’s Tonight at 8:30​ will begin at 8:30 PM, of course. But the evening will begin at 7:30 PM with complimentary sparkling spirits and light bites in Bar Thalia with the cast and special guests. Bubbly will continue to flow throughout the evening, during the breaks between the short plays. Tickets for this benefit event will be $150-$300 (including a tax-deductible donation).

Red Bull Theater, hailed as “the city’s gutsiest classical theater” by Time Out New York, brings rarely seen classic plays to dynamic new life for contemporary audiences, uniting a respect for tradition with a modern sensibility. Named for the rowdy Jacobean playhouse that illegally performed plays in England during the years of Puritan rule, Red Bull Theater is New York City’s home for dynamic performances of great plays that stand the test of time. With the Jacobean plays of Shakespeare and his contemporaries as its cornerstone, the company also produces new works that are in conversation with the classics. A home for artists, scholars and students, Red Bull Theater delights and engages the intellect and imagination of audiences, and strives to make its work accessible, diverse, and welcoming to all. Red Bull Theater believes in the power of great classic stories and plays of heightened language to deepen our understanding of the human condition, in the special ability of live theater to create unique, collective experiences, and the timeless capacity of classical theater to illuminate the events of our times. Variety agreed, hailing our work as: “Proof that classical theater can still be surprising after hundreds of years.”

Acclaimed as “a dynamic producer of classic plays” by The New York Times and “the most exciting classical theater in New York” by Time Out NY, Red Bull Theater has produced 17 Off-Broadway productions and over 150 Revelation Readings of rarely seen classics, serving a community of more than 5,000 artists and providing quality artistic programming to an audience of over 65,000. The company’s unique programming has received ongoing critical acclaim, and has been recognized with Lortel, Drama Desk, Drama League, Callaway, Off Broadway Alliance, and OBIE nominations and Awards.

For tickets and more information about any of Red Bull Theater’s productions and programs, visit www.redbulltheater.com. 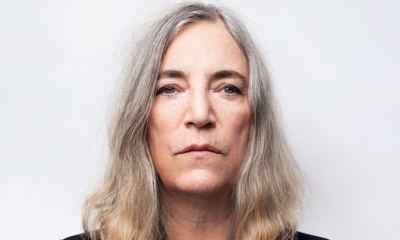 G. H. HARDINGMarch 5, 2021
Read More
Scroll for more
Tap
Popcorn Falls – Where the Kernels Have it
Dove Cameron To Star in Clueless, The Musical