One Of Broadways Best Jan Maxwell Has Passed On

One Of Broadways Best Jan Maxwell Has Passed On

It is with a saddened heart that I announced that Broadway star, five-time Tony Award nominee and two-time Drama Desk Award winner Jan Maxwell has has passed away. She was 61 and had been battling cancer. Jan was last seen on stage in City of Conversation at Lincoln Center, for which she was nominated for 2015 Drama Desk and Outer Critics Circle Awards and Scenes From an Execution for the Potomac Theatre Project at Atlantic Theater’s Stage II.

For anyone who saw her work she was the consummate actress. When you saw that Jan Maxwell was starring in a show you knew her work would be layered and marvelous. 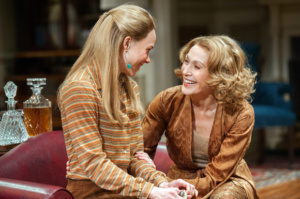 Jan Maxwell her Broadway debut in 1989, as an understudy in the musical City of Angels. She graced Broadway in Dancing at Lughnasa (1992), A Doll’s House (1997), The Sound of Music (1998) and The Dinner Party (2001). She received her first Tony nomination in 2005 for Chitty Chitty Bang Bang. In 2007 she was  nominated for Coram Boy. In 2010 she was nominated for Best Supporting Actress in Lend Me a Tenor and Best Actress in The Royal Family. In 2012 her portrayal of Phyllis in Stephen Sondheim’s Follies also both forth another nod and made her only the second actress to receive a Tony nomination in all four acting catagory’s. Follies also brought her nominations for the Grammy, Drama Desk, Outer Critics, Helen Hayes and Fred Astaire Awards. 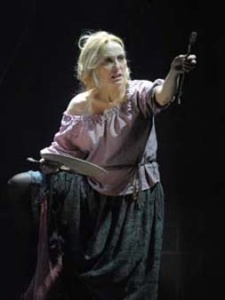 Scenes From an Execution

Maxwell appeared in the films I Am Michael with James Franco. On TV She appeared in Madame Secretary, Gotham, Brain Dead, Neil LaBute’s Billy and Billie, The Divide, The Good Wife, Gossip Girl, One Life To Live, All My Children, and  Law & Order. 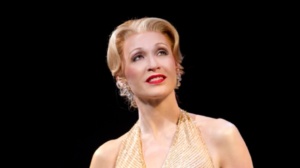 As Phyllis in Follies

It was while Jan was starring in Lend Me a Tenor that I first met her. At the time I was a singing waitress at Sams which was next door. Jan use to come in and listen to me sing and we would chat about everything theatre and beyond. The last time I saw her she told me she was giving up theatre as there were no good roles being written for women. 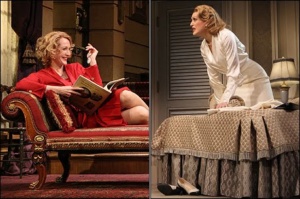 in Lend Me a Tenor and The Royal Family

Jan is survived by her husband, actor/playwright Robert Emmet Lunney, and their son William Maxwell-Lunney.

Lawrence HarbisonMay 23, 2022
Read More
Scroll for more
Tap
He Says: ATC’s Hangmen The Smell of Death Never Really Vanishes, Does It?
Returning to Reims: Critical Questioning of Personal Shame, Homophobia, and the Rise of Nationalism