One of the Great Press Agents Harvey Sabinson Passes Away 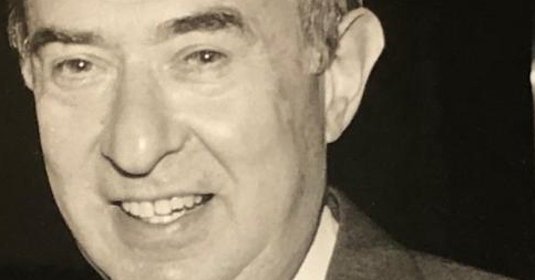 One of the Great Press Agents Harvey Sabinson Passes Away

Harvey Sabinson, one of Broadway’s legendary press agents, and former long-time executive director of The Broadway League, died on April 18, 2019 of natural causes at his residence in Sarasota, Florida.  He was 94 years old.

Harvey Sabinson capped a fifty-year career in the theatre when he was honored with a Special Tony Award for Lifetime Achievement in 1995. That year he stepped down as executive director of the League of American Theatres and Producers, (now known as the Broadway League) a national trade association of theatrical producers, presenters and theatre operators, a position he filled during its greatest period of growth and accomplishment. Sabinson had joined the organization early in 1976, when it was known as the League of New York Theatres and Producers, as director of special projects. Prior to this appointment, he had had a successful career of thirty years as a theatrical publicist which began shortly after his discharge from Army service during World War II, during which time he received a Purple Heart. He became executive director in 1982. In 1998 he was inducted into the College of Fellows of the American Theatre in ceremonies at the Kennedy Center in Washington.
As a press agent, Sabinson represented such major producers as David Merrick, Robert Whitehead, Saint Subber, Stuart Ostrow, Cheryl Crawford, Emanuel Azenberg, Roger L. Stevens, Alexander H. Cohen, Frederick Brisson, and Gilbert Cates, as well as several major institutional theatres, including the Guthrie in Minneapolis.

Harvey Sabinson represented more than 200 Broadway productions during his 36-year career as a Broadway press agent. Here are some of the most memorable.

A native New Yorker, Sabinson is a graduate of Townsend Harris High School, where he was associate editor of the school paper, and manager of the varsity baseball team. He entered Queens College in Flushing NY, but his education was interrupted by World War II. At Queens, he managed the varsity basketball and baseball teams. He ultimately graduated after three years of army service, during which he was awarded a battlefield commission in France while serving with the 94 Cavalry Reconnaissance Squadron of the 14* Armored Division.

In 1966 Sabinson helped establish the theatre administration department at the Yale School of Drama where he served as a visiting professor through 1969 under Dean Robert Brustein. He also service as Vice President of the Board of Trustees of the American Academy of Dramatic Arts.
For many years Sabinson was a board member and vice-president of the Association of Theatrical Press Agents and Managers. He also served for sixteen years as a trustee of the Actors’ Fund of America and chair of its human services committee. He was a member of the New York City Mayor’s Midtown Citizens Committee. He was also a board member of the Berkshire Theatre Festival and the Lenox Arts Center-Music Theatre Group.
In addition to the Special Tony Award, he is the recipient of the Founders’ Award of the Theatre Hall of Fame, the New England Theatre Conference Special Award, the UJA-Federation Theatre Division’s Lifetime Achievement Award, Encore Community Service’s Heart-to-Heart Award, and the New York Convention and Visitors Bureau Big Apple Award. In 1995, New York Mayor Rudolph Giuliani honored him with a Certificate of Recognition in ceremonies at Gracie Mansion. In 2002 he was elected to the Townsend Harris Hall of Fame.

Sabinson’s early memoir, “Darling, You Were Wonderful,” was published in 1977. It related tales of his experience as a theatrical press agent during the period that became known as the Golden Age of Broadway.
Sabinson was married to Sarah S. Sabinson, whom he met during his days at Queens College, a former professor of mathematics at Queensborough Community College (CUNY). They reside in Sarasota, Florida, and Lenox, Massachusetts. They have two sons, Eric, a professor of literature at the State University of Sao Paulo, Campinas, Brazil, and Allen, dean of the Westphal College of Media Arts & Design at Drexel University in Philadelphia.

Sabinson is survived by his wife Sarah, his two sons, Eric and Allen and grand children Lia. Elena Beth and Juliliana.