One On One With Ed Dixon Before His Opening Night in Georgie: My Adventures with George Rose

One On One With Ed Dixon Before His Opening Night in Georgie: My Adventures with George Rose 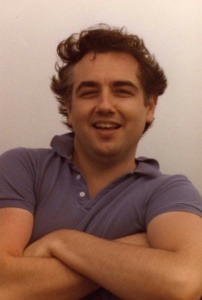 Taken by George Rose at his villa in the Dominican Republic.

I was offered the most fabulous opportunity to interview Ed Dixon at Five Napkin Burger before he opens in Georgie: My Adventures with George Rose. What you are seeing is the raw footage. Normally I would edit the piece down, take out the mistakes (mine), but there was a glitch, then I realized there was an honesty to the footage.

Master of the House in Les Miserables at the Broadway Theater.

Mr. Dixon was on Broadway in Mary Poppins, Sunday In The Park With George, How The Grinch Stole Christmas, The Best Man, The Iceman Cometh, The Scarlet Pimpernel, Cyrano, The Three Musketeers, No, No, Nanette and is best known for singing “Master of the House” in Les Miserables. Now he brings to the stage Georgie: My Adventures with George Rose, the new play he has written and will be starring in. The play is sure to be gain attention because of it’s subject Two-time Tony® Award-winning character actor George Rose (The Mystery of Edwin Drood, My Fair Lady, The Pirates of Penzance). This a bon-vivant on and off the stage had a flair for the dramatic and the eccentric, starred on the Broadway and London stages alongside luminaries like Katharine Hepburn, Noel Coward, Dame Edith Evans, Richard Burton, and Laurence Olivier in a storied career that met an unexpected end. 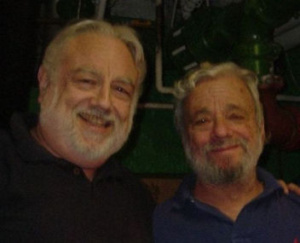 In this giddy, humorous, and moving celebration, Ed Dixon recounts his own tale of how he came to know and admire George over a twenty-year friendship until the unimaginable changed everything. Georgie introduces us to the greatest stars of the London and Broadway stage with laughs and surprises, tantalizing anecdotes, and flashes of song and dance. Georgie: My Adventures with George Roseis as hilarious and captivating as it is poignant and powerful. An amazing journey for all who love theater.  I learned this when interviewing and later on sharing lunch. 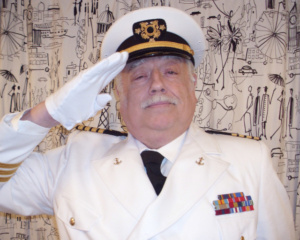 “I wrote Georgie because it’s one of the largest events I’ve ever experienced in my life,” shared Ed Dixon.  “It covers more than twenty years, several countries, and a passel of famous people.” 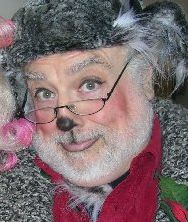 Here I am in my dog get up as Old Max in How The Grinch Stole Christmas. It was snapped in front of my dressing room at the Saint James by Darin de Paul who plays Grandpa Who.

Rose died in 1988 and from the moment I started writing it, I just knew it had to be told. What I didn’t realize was that the story was so large it took years for me to mature enough to be able to tell it. I don’t think a person is likely to have more than one story of this magnitude in a lifetime…Georgie is mine!” 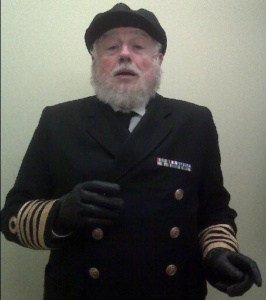 The slightly befuddled Admiral Boom in Mary Poppins at the New Amsterdam Theater.

Georgie: My Adventure with George Rose, is directed by Eric Schaeffer (Follies, Million Dollar Quartet), received its world premiere at The Signature Theatre in Arlington, Virginia, in January 2016.  This roller coaster ride of a show captured audiences in Washington like none other. The critics have raved: “A stunner! He tells juicy stories with impish delight,” said The Washington Post, while DC Metro Theatre Arts simply stated, “Deeply profound.  A delightful story about a great actor and a flawed human being.  It will linger with you after the lights go up…I will never forget it!”  DC Theatre Scene declared, “FIVE STARS!!…See the hilarious and riveting Georgie to laugh until you cry and cry until you laugh.”  BroadwayWorld Washington exclaimed, “Dixon’s talent is remarkable.  A powerful and passionate production.”  With The New York Times stating, “Mr. Dixon morphed from one character to another, delivering incisive impersonations and well-timed punch lines.” 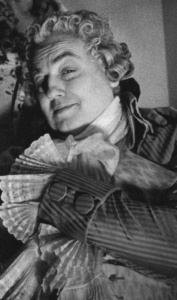 As Ozzy in the original Broadway production of The Scarlet Pimpernel, shot by a fabulous Israeli photographer who was developing a book of backstage shots from various Broadway shows. 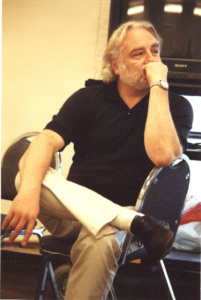 This shot was taken during rehearsals for The Best Man. Jordan Lage, who was in the cast, is also a fantastic photographer and he recorded every aspect of the show beautifully.

Performances are set to begin tomorrow night for a limited engagement through April 15, 2017 at The Loft at The Davenport Theatre (354 West 45th Street, between 8th & 9th Avenues).  Opening Night is set for Wednesday, February 1, 2017 at 7:30pm.
Tickets for Georgie: My Adventures with George Rose are priced at $69/$79 (including a $2 facility fee) and may be purchased through Telecharge.com, or by calling (212) 239-6200. Student rush tickets for $25 (25 and under with ID), will be available 30 minutes prior to curtain. For additional information, please visit the website at www.GeorgieThePlay.com.
Related ItemsAnything GoesBroadwayEd DixonGeorge RoseGeorgie: My Adventures with George RoseLes MisérablesNewStephen Sondheim
Broadway