Opening Night and The Red Carpet at Broadway’s Betrayal 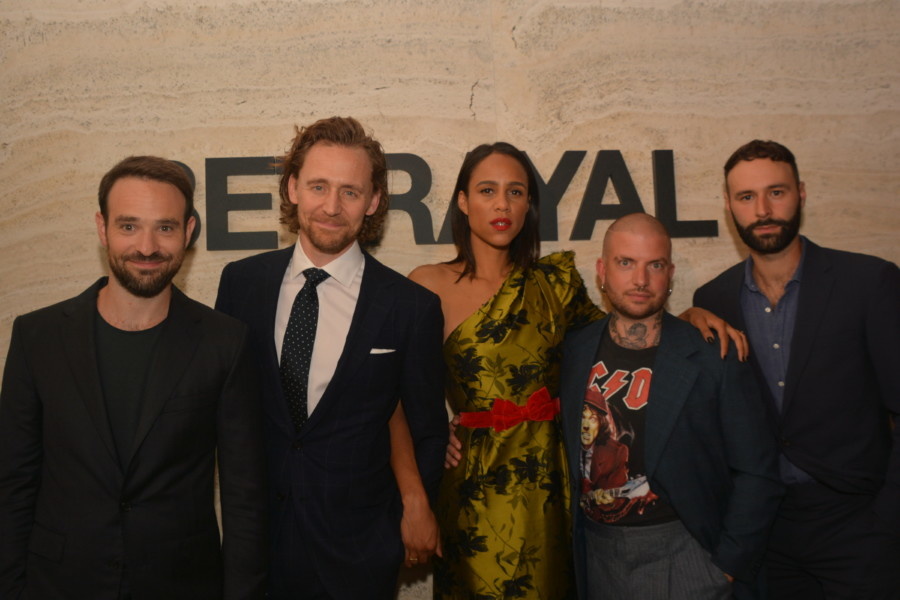 Opening Night and The Red Carpet at Broadway’s Betrayal

and Charlie Cox to the stage.

All were making their Broadway debuts.as Robert, Jerry, and Emma.

Eddie Arnold joined in as the Waiter.

Check out photos from the opening night red carpet below!