Opening Night At Fiddler on the Roof in Yiddish 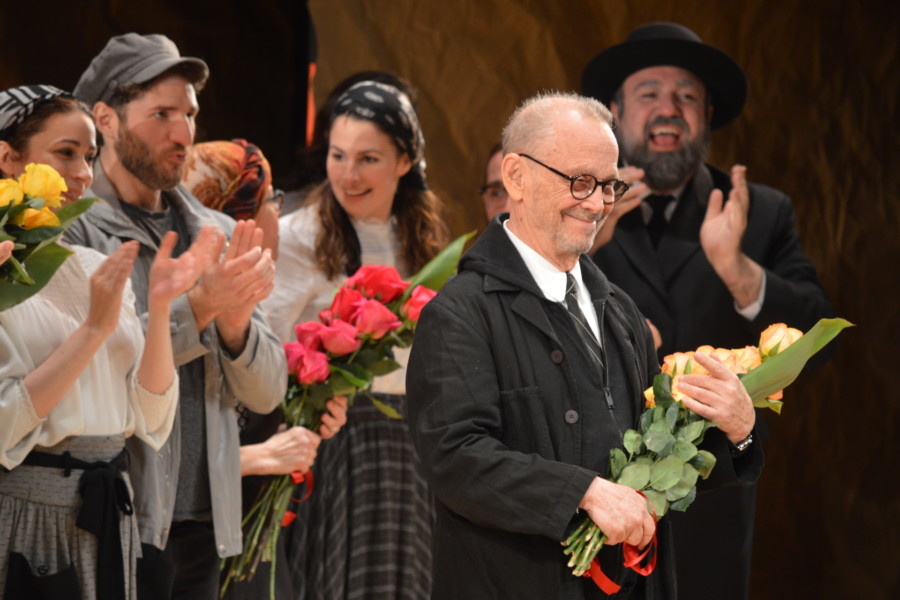 Opening Night At Fiddler on the Roof in Yiddish

After an extended sold-out run at the Museum of Jewish Heritage, Fiddler on the Roof from the National Yiddish Theatre Folksbiene opened Off-Broadway at Stage 42 on February 21.

Directed by Joel Grey, This Fiddler is performed in Yiddish. The production is accompanied by supertitles in English and Russian.

All photos by Mary Otnipol