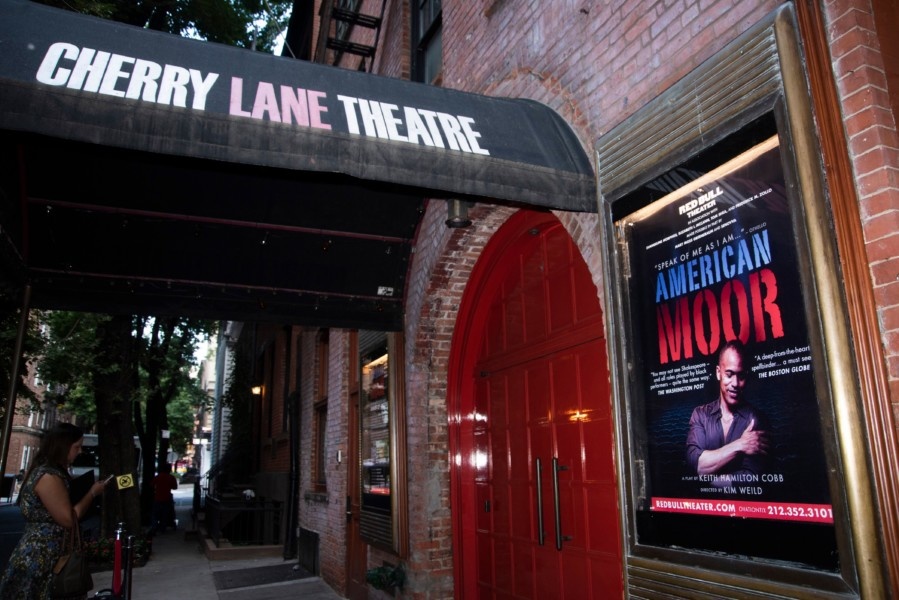 and more celebrated the opening night of American Moor at Cherry Lane Theatre.

An indomitable African-American actor (Keith Hamilton Cobb) auditioning for the role of Othello must respond to the dictates of a younger, white director (Josh Tyson) who presumes to better understand Shakespeare’s iconic black character. What could possibly go wrong? In this 90-minute, multi-award winning play, this fraught audition turns into an exploration of Shakespeare, race, and America (not necessarily in that order). Fueled by humor and passion, American Moor paints an essential portrait of an American theater unaware of its failures, and of the culture that supports it.