Opening Night of Lolita My Love and You Are There 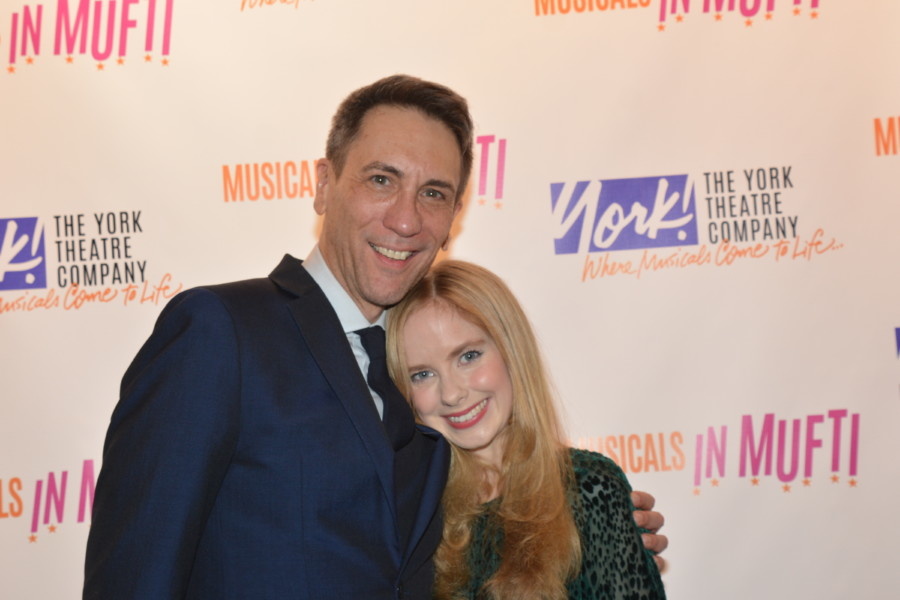 Opening Night of Lolita My Love and You Are There

The York Theatre Company concluded its 25th Anniversary of its acclaimed Musicals in Mufti series celebrating the work of the legendary librettist and lyricist Alan Jay Lernerwith the third show in the 2019 Winter series the NY premiere of the Lolita, My Love, with music by John Barry and book and lyrics by Alan Jay Lerner, as edited by Erik Haagensen.

and with music direction by Deniz Cordell

with Becca Fox (Singin’ in the Rain)

Kennedy Kanagawa (Into the Woods)

and Analise Scarpaci (Matilda, The Musical)

Based on the 1955 novel Lolita by Vladimir Nabokov, the musical, which originally closed in Boston in 1971, closely follows the legendary novel: a college professor named Humbert Humbert becomes fascinated by and starts to seduce his landlady’s young daughter, Dolores “Lolita” Haze. The fascination quickly turns into obsession, and soon a whirlwind race across the US begins.

For this Mufti presentation, Erik Haagensen (Darling of the Day and The Day Before Spring in Mufti) has created a new script, edited together from Lerner’s assorted drafts, each vastly different from the others. Haagensen said “now audiences will have a chance to hear Lolita on stage and decide for themselves what they think of this unquestionably daring musical that begins as a black comedy and ends in tragedy.”

The York Theatre Company’s acclaimed Musicals in Mufti series of musical theatre gems, performed in a simply-staged, book-in-hand concert format, are part of the Muftis’ twenty-fifth historic year of presenting shows from the past that deserve a second look. Mufti means “in street clothes, without the trappings of a full production.”

Suzanna BowlingJanuary 18, 2023
Read More
Scroll for more
Tap
March’s Cabaret, Talks and Music to Calm
Get Your Trivia On