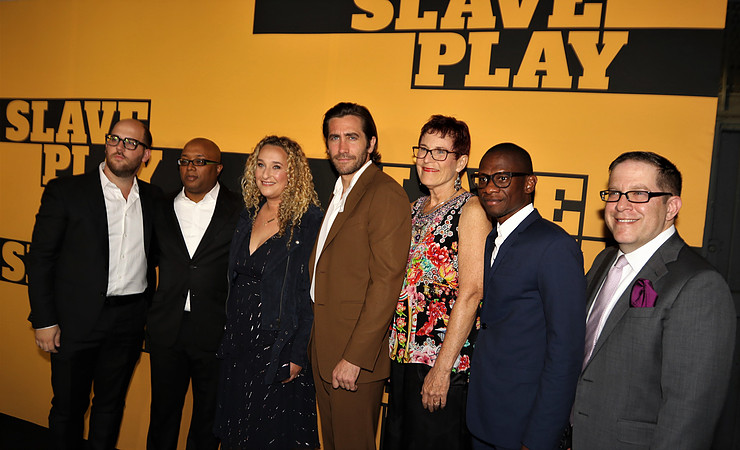 When it premiered last fall, Slave Play immediately became the most talked about play of the year, garnered intense critical acclaim, stunned audiences with its unflinching examination of race and sex, and hailed Harris as “one of the most promising playwrights of his generation” (Chloe Schama, Vogue).

Prepare for “the single most daring thing I’ve seen in theater in a long time” (Wesley Morris, The New York Times).

The Old South lives on at the MacGregor Plantation — in the breeze, in the cotton fields…and in the crack of the whip. It’s an antebellum feverdream, where fear and desire entwine in the looming shadow of the Master’s House. Jim trembles as Kaneisha handles melons in the cottage, Alana perspires in time with the plucking of Phillip’s fiddle in the boudoir, while Dustin cowers at the heel of Gary’s big, black boot in the barn. Nothing is as it seems, and yet everything is as it seems.