Opening The Political Conversation With Ring Twice for Miranda: Part One Meet The Writer and Director

Opening The Political Conversation With Ring Twice for Miranda: Part One Meet The Writer and Director 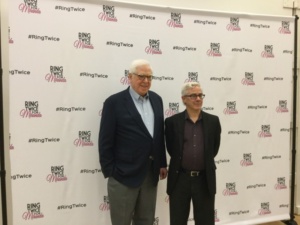 Ring Twice for Miranda, a new play written by Alan Hruska and directed by Rick Lombardo, will premiere off-Broadway at New York City Center—Stage II on January 24, 2017. Opening night is scheduled for February 12; the limited engagement will run through April 16. 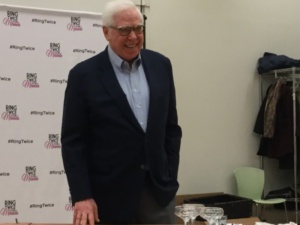 T2C learns how this show opens the political conversation with both Mr. Hruska and Mr. Lombardo. 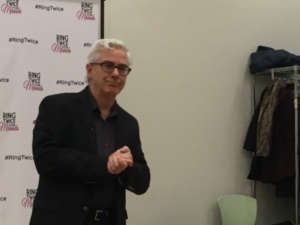 The cast will include William Connell (A View From the Bridge), Katie Kleiger (Juno and the Paycock), Graeme Malcolm (Equus), George Merrick (Honeymoon In Vegas) and Daniel Pearce (Machinal).

Ring Twice for Miranda is a tragi-comedy set in difficult times, roiled by economic upheavals. A man known only as Sir rules with a vengeance, but it’s Miranda, a chambermaid, who adds intrigue to his life. When Elliot, the butler, is fired, she flees with him in defiance onto the frightening streets. All must soon make critical decisions with imperfect facts to guide them, since little in their world is as it appears.