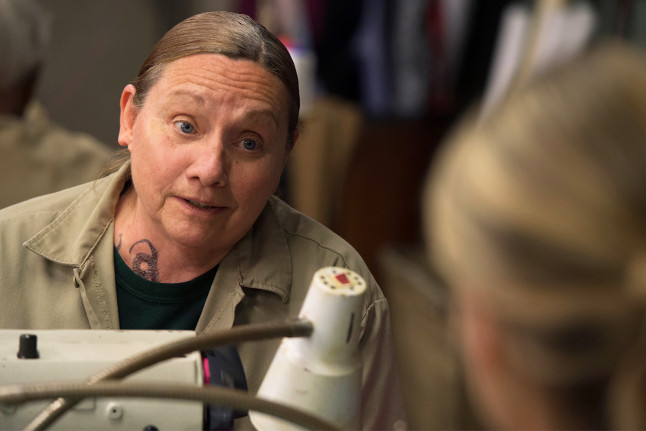 Dale Soules starred as the no-nonsense inmate Frieda Berlin on the hit Netflix series Orange Is The New Black for six seasons. Now she is set to guest stars in the highly-anticipated Season 3 of the phenomenally successful The Marvelous Mrs. Maisel which begins streaming Friday, December 6 on Amazon Prime Video. Soules plays Margaret, the unflappable secretary to Angie, boss at the Phoenician Hotel.

Ms. Soules made her Broadway debut in he original HAIR. She introducing the Stephen Schwartz songs “Lion Tamer” and “West End Avenue” in the Broadway productions of The Magic Show. She was featured Grey Gardens (Broadway and regional, Theatre Works – OCC Nomination), The Crucible (with Liam Neeson) and Whose Life Is It Anyway?

Ms. Soules is a three-time SAG ensemble Award winner for Orange Is The New Black, she recently created the role of Auntie Ah in the New York premiere of the Irish Repertory Theatre’s production of Woman and Scarecrow. She shoot the film Aardvark with Zachary Quinto which had its premiere at the 2017 Tribeca Film Festival. She recently reprised her three roles, including Papa, in the all-female production of I Remember Mama at Two River Theater.  In 2015, she co-starred with Patti LuPone and Michael Urie in Shows for Days at Lincoln Center Theater and reunited with Doug Wright for their third collaboration on Posterity at the Atlantic Theater Company. This also reunited her with Neil Pepe, who directed her in the Broadway (and LaJolla Playhouse) productions of Hands On A Hardbody.