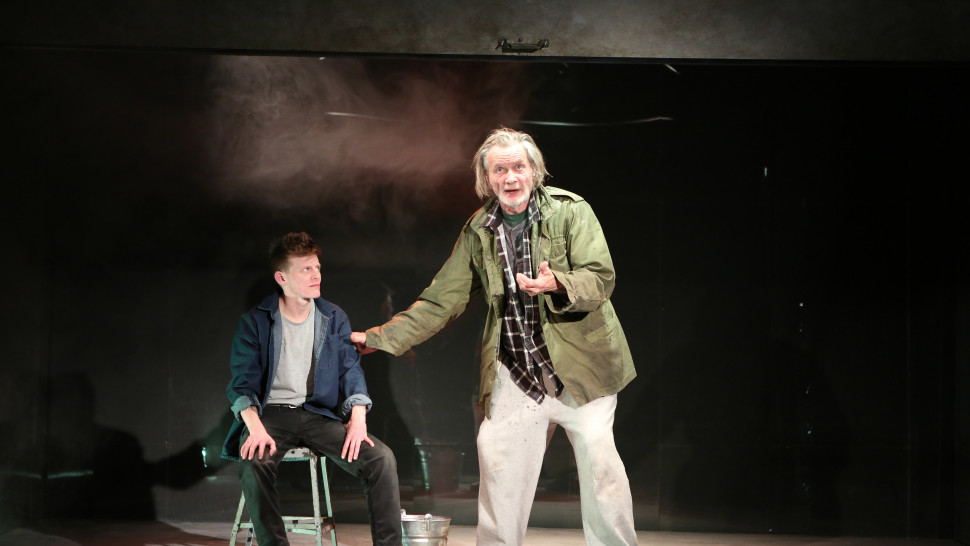 Orange Julius A Look At Vietnam Agent Orange And More

Orange Julius A Look At Vietnam Agent Orange And More 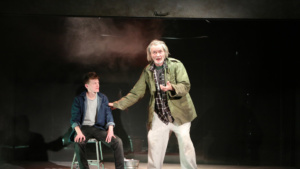 Basil Kreimendahl’s Orange Julius, is a quietly powerful piece, that gets under your skin. Playing at the Rattlestick Playwrights Theater, we meet Nut (Jess Barbagallo), a young adult whose father, Julius (Stephen Payne), is losing his battle to cancer. The illness, has been caused by exposure to Agent Orange, during the Vietnam War. Nut goes in and out of the present, to the past, trying to bond with his father and make sense of his life. As Nut tries to help Julius become the man he wanted him to be, he tries to connect to his father man to man. The problem here is Nut is Julius’ daughter, but identifies as masculine. Nut dresses and acts just like a boy. As a matter of fact even as I write this, it is hard to see Nut as anything but a boy who is on the verge of manhood. Nut is haunted by the words “And then I coulda asked …” 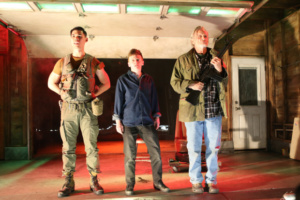 Speaking about his memories of growing up with Julius, Nut speaks with regret and longing. Parental separation, Julius’s anger and trauma over Vietnam color what relationship father and son could have had. Imagined scenes alongside Julius and a fellow soldier, Ol’ Boy (Ruy Iskandar) on the battlefields of Southeast Asia Nut becomes part of his father’s past. The dreamlike war sequences contrasted with everyday life where everybody is stuck in a nothing life. 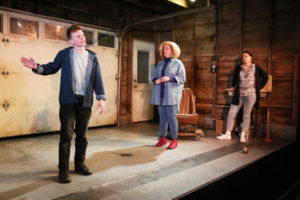 Nut narrates much of the story, making this seem like a memory play. Nut’s mother the fabulous Mary Testa, is brilliant in the little that she is given, proving there are no small roles. His sister Crimp (Irene Sofia Lucio), also does the best with her moments in time. The entire cast gives solid support to Mr. Barbagallo, who takes over the stage and makes us pay attention to detail. It is a powerful performance.

Director Dustin Wills, keeps our attention and  Kreimendahl’s writing, is strong with a much needed hint at wit. I do wish we knew more about Nut substance-abuse issue. The issue was spoken of so fast, I almost wonder if I made that up. I also wanted to know more about a brother, who is spoken of in passing, as if he is a foot note.

The set by Kate Noll is impressive for the space, as is the lighting by Barbara Samuels and sound design by Palmer Hefferan.

This show proves that wars are not just on battlefields, but inside and within.