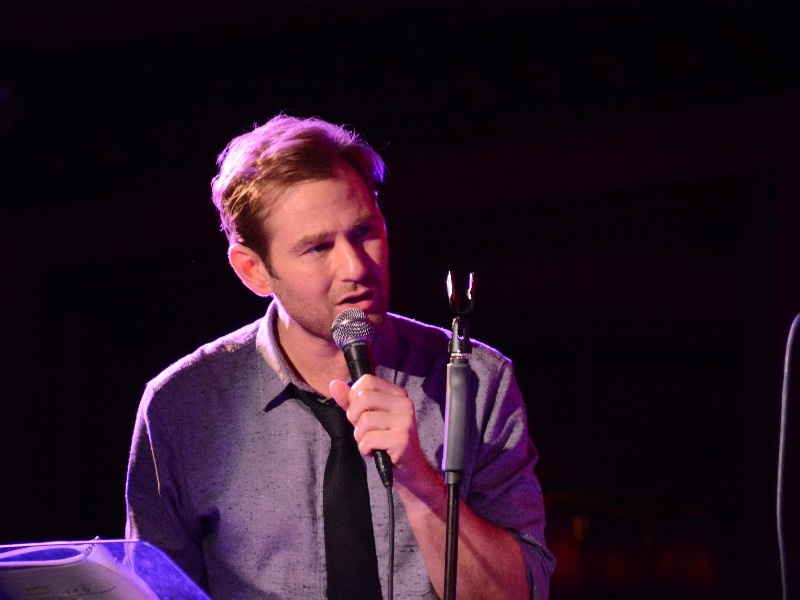 Tony-nominated Best Actor in a Musical for his 2010 for performance in Memphis, Chad Kimball, describes himself as “a devout and practicing Christian.” He alleged he was not rehired either for the Broadway production or its live capture for an Apple TV+ special because of his outspoken beliefs made the producers “uncomfortable.”

Kimball has filed a lawsuit against the producers of Come From Away, claiming because he spoke out against Covid restrictions on religious services he was fired.

Kimball, an original Broadway cast member of the musical when it opened in 2017, created the role of “Kevin T.”

Kimball’s attorney Lawrence Spasojevich, filed this week in New York State Supreme Court. Kimball’s tweeted on November 5, 2020, he was “forced to explain and defend” his comments to the producers. On January 22, 2021, the suit claims, Kimball was told he would not be invited back to the show when it reopened because the “production needed to focus on bringing the show back together and ensure people’s safety.”

Kimball’s religious beliefs became well-known to the public last November when he was among Broadway’s first wave of theater workers to become sick with Covid in March 2020. He spoke out against Washington State’s newly enacted Covid protocols and capacity limits for indoor religious services. Kimball, a Seattle native temporarily moved back to his hometown during the shutdown. He tweeted “Respectfully, I will never allow a Governor, or anyone, to stop me from SINGING, let alone sing in worship to my God. Folks, absolute POWER corrupts ABSOLUTELY. This is not about safety. It’s about POWER. I will respectfully disobey these unlawful orders.”

Kimball’s of course was greeted with a fierce backlash among the Broadway community, who is intolerant of the right or God.

One of the show’s producers suggested to Kimball that the “events at the Capitol, Josh Hawley, and the Conservative Christian movement were tied together and implied a connection between Mr. Kimball, by virtue of his faith, to the ideas and actions of the January 6, 2021 events at the U.S. Capitol.”

Kimball asked director Christopher Ashley “if his termination was based upon alleged disagreement with the cast and crew or because of his religious faith,” Ashley, responded “everything.”

The producers of Come From Away, Kiss The Cod Broadway Limited Partnership, declined comment on the lawsuit.

The suit seeks compensatory and punitive damages, lost wages, attorneys’ fees and costs, and says Kimball has suffered significant economic and professional harm, emotional and physical pain and suffering including “severe emotional trauma, depression, illness, hopelessness and anxiety, loss of confidence, self-esteem and self-worth, and other irreparable harm resulting from the strain of employment controversies caused by Defendants and/or Defendants’ agents and/or employees.”

I guess our freedom of speech is only a right when others agree with it.

Suzanna BowlingMay 15, 2022
Read More
Scroll for more
Tap
Serendipity3 Has Created Pie in the Sky Sundae a “Waitress” Inspired Sundae
Becoming Broadway: An Introduction to a Career in the Theatre