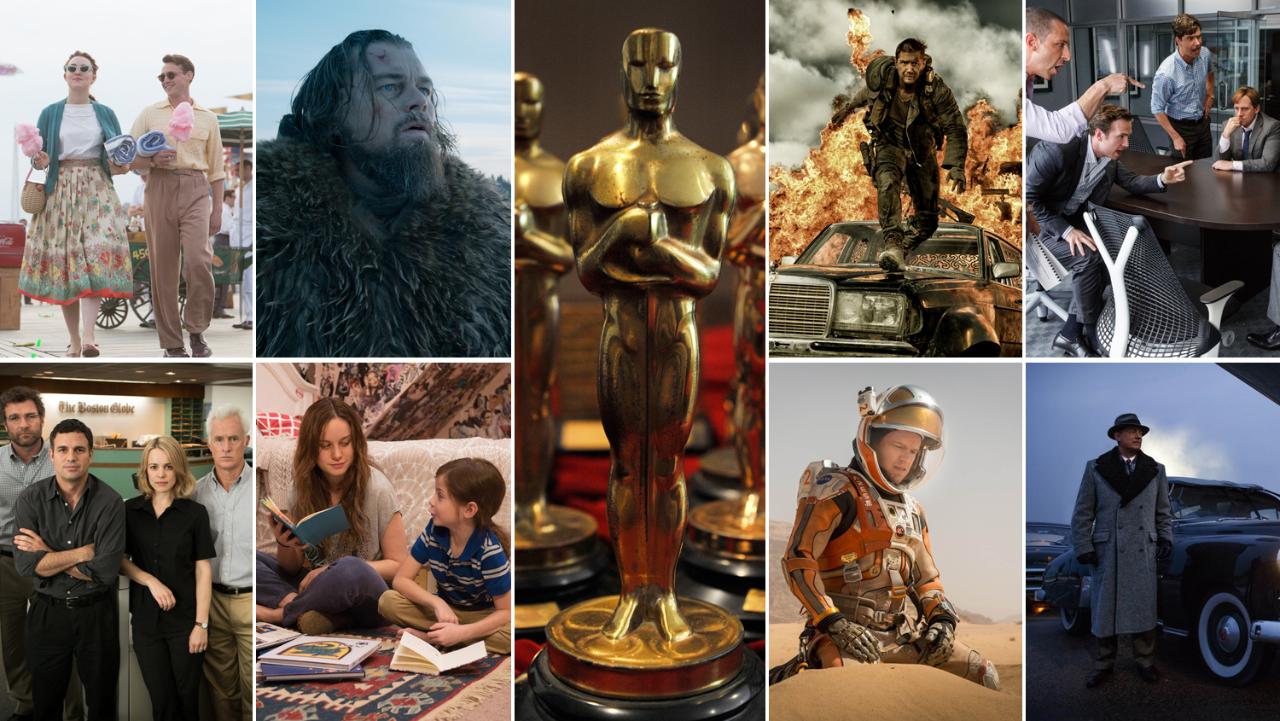 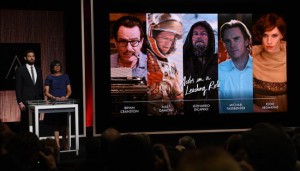 The list of nominations for the 87th Academy Awards 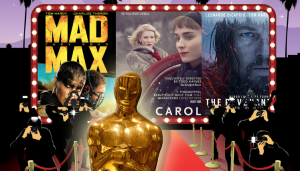 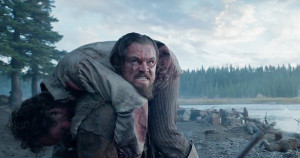 Actress in a supporting role
Rooney Mara, “Carol”
Jennifer Jason Leigh, “The Hateful Eight”
Alicia Vikander, “The Danish Girl”
Kate Winslet, “Steve Jobs”
Rachel McAdams, “Spotlight”
Both Alicia Vikander and Rooney Mara, should have been in the Best Actress category. They were not supporting Alicia should have been  nominated in this category for “Ex Machina.” Snubbed Lili Tomlin and Charlize Theron.

Best animated feature film
“Anomalisa”
“Boy and the World”
“Inside Out”
“Shaun the Sheep Movie”
“When Marnie Was There”
This is a shoo-in for “Inside Out.”

Best foreign language film
“Embrace of the Serpent”
“Mustang”
“Son of Saul”
“Theeb”
“A War”
This is a sho0-in for “Son of Saul.”

Shoo-in for “The Revenant.”

Best documentary short subject
“Body Team 12”
“Chau, beyond the Lines”
“Claude Lanzmann: Spectres of the Shoah”
“A Girl in the River: The Price of Forgiveness”
“Lasy Day of Freedom”

Chris Rock will host the 88th Oscars in 2016! Rock will host the 2016 Academy Awards for the second time live Oscar Sunday, February 28th 2016 on ABC. Oscar fans will remember that Chris hosted once before in 2005 and now he’s ready to return to the stage stating, “I’m so glad to be hosting the Oscars. It’s great to be back.”