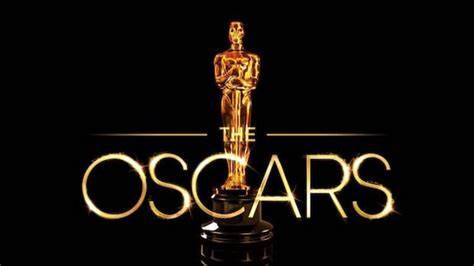 Yes, I have been anguishing over the upcoming Oscars far more than I should in light of all the other news: bad apps, impeachment blues, state of the union traumas, but the Oscars have been occupying lots of space in my brain. I ask why… Why are movies any more relevant than they have, or haven’t, been?

Maybe it’s because this year, I’ve been particularly diligent and managed at least to see all the best picture nominees. Here they are: Parasite, 1917, Joker, Once Upon a Time in Hollywood, Little Women, Jojo Rabbit, Marriage Story, Ford v Ferrari and The Irishman. Nearly all the other categories in various productions draw on most of these films. I also managed to catch many of the nominees in the Documentary and International Feature categories. Missed a couple of the Animated Features but did see a smattering of shorts.

These nominations stimulates my passion for cinema. As much as I love television and watch lots of it, there’s something about the compactness of a film — and seeing it on a big screen — that stirs my juices. Of those Best Picture nominees, Todd Phillips’ Joker— offering a transformative origin story about Batman’s biggest foe — scored 11 Oscar nominations, including best director and actor for Joaquin Phoenix.

Following close behind with 10 nods each are Martin Scorsese’s The Irishman (over three hours long and the third in his mob chronicle), Quentin Tarantino’s ’60s paean Once Upon a Time in Hollywood (an LA ode) and Sam Mendes’ 1917 — a war drama that puts audiences running alongside two soldiers in several unbroken takes. All three offer unique approaches to storytelling and employed specialized production techniques to make them possible. Ain’t that what the cinematic experience all about?

Four of the films were backed by Netflix, furthering the streaming service’s effort to change the production and distribution models that have driven the industry.

The others in the Best Picture lineup — Ford v Ferrari, Jojo Rabbit, Little Women, Marriage Story and Parasite compete on very contrasting terms. Although there are a few cultural advances in this year nominees — ie. the first Korean filmmaker to get this far in the awards cavalcade — female filmmakers were shut out of the best director race even there were deserving films made such as Harriet and the aforementioned Little Women that warranted further accolades.

So the directorial nominees which included Phillips (Joker), Scorsese (The Irishman), Mendes (1917), Tarantino (Once Upon a Time in Hollywood) and Bong Joon (Parasite) offered no surprises.

Both Ford v Ferrari and Little Women stirred a sense of compassion for their tales of success against adversity. With the former, testosterone ruled as two men toil to prove their greater worth. In the latter, four sisters struggle to be better people and prove that some women can find ways to survive without depending on men.

While both Little Women and Marriage Story address the beginnings and ends in domestic situations, director Greta Gerwig’s rethink of this classic was touching and ultimately up-tempo — a feel-good film worthy of its nomination. The well-written divorce tale, Marriage Story, was juiced with characters full of their cleverly defined quirks. What matters is whether you care about the clash of two self-involved artists’ lives and their discontents. Ironically, or not, the most compelling characters were the divorce lawyers. What does that say about today’s Gen-X-ers

Violence and death ruled in Joker, The Irishman, 1917, Once Upon a Time in Hollywood and Parasite. No pretty picture in any of them, but no wonder since our society seems so fraught with shambolic characters from the White House on down.

In the end, it depends on what you feel drives a worthy film. For joyfulness, no other picture provided as much as Little Women. For a fresh take on a very dark subject, JoJo Rabbit (based on a novel as well), proved that it takes a Jewish Maori New Zealander to put Hitler into a comedy. And for unique twists and turns, Parasite makes for a brilliant comic drama. At least the peculiarity that defined both JoJo Rabbit and Parasite — for very different reasons — transformed these two productions in uniquely insightful experiences.

Not all these films are the best works ever mustered by these veteran directors, but some come close. Ford v Ferrari is nearly as good as anything James Mangold has ever created and 1917 is a triumph for a guy who made quite the debut with American Beauty. For me, Once Upon a Time in Hollywood provides some of the best and not so best from master stylist Tarantino — but it made me both wistful for and terrorized by ‘60s recollections.

So what’s the outcome for me? I think 1917 will win; my sentimental favorite is Jo Jo Rabbit. But if I had to recommend any of the films among all the nominees, I’d suggest you see Poland’s international feature pick, Corpus Christi, and best feature doc contender, For Sama. Both offer insights that should stimulate anyone to see a film in the theater.