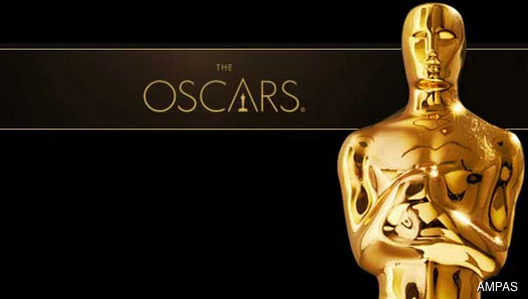 Rob Paine has been associated with the Oscars telecast for more than 20 years and returns as supervising producer.  Paine has more than 200 television events to his name and has earned eight Primetime Emmy® Award nominations, a Daytime Emmy Award nomination and a Peabody Award.  His credits include “Celebrating America,” “A West Wing Special to Benefit When We All Vote,” 12 Super Bowl Halftime Shows, “The Kennedy Center Honors” and the “Primetime Emmy Awards.”

Co-producer Jeannae Rouzan-Clay joins the Oscars production team for the first time.  She is a writer and producer, and the Vice President of Specials for Jesse Collins Entertainment.  For more than 15 years, Rouzan-Clay has been at the helm of multiple television shows for major networks and streaming platforms including CBS, BET, VH1, Nickelodeon and Netflix.  An NAACP Image Award®-winning producer, her work includes such award shows as “BET Awards,” “Black Girls Rock!,” “BET Honors,” “ABFF Honors” and “Soul Train Awards”; such specials as “Super Bowl LV Halftime Show Starring The Weeknd,” “The 14th Annual Stand Up for Heroes,” “The All-Star Nickmas Special,” “Leslie Jones: Time Machine,” “Dear Mama,” “Def Comedy Jam 25” and “BET Presents Love & Happiness: An Obama Celebration”; and the competition series “Sunday Best.”

Co-producer Dionne Harmon joins the Oscars production team for the first time.  She is the Executive Vice President of Content & Strategy at Jesse Collins Entertainment, where she oversees development and production of unscripted and scripted content.  A four-time NAACP Image Award winner, Harmon has produced tentpoles and specials including “A Grammy Salute to the Sounds of Change,” “Super Bowl LV Halftime Show Starring The Weeknd,” “John Lewis: Celebrating a Hero,” “BET Awards,” “BET Hip Hop Awards,” “Soul Train Awards” and “BET Presents Love & Happiness: An Obama Celebration,” as well as the comedy specials “Leslie Jones: Time Machine” and “Amanda Seales: I Be Knowin’” and the competition shows “Rhythm + Flow” and “Nashville Squares.”  On the scripted side, Harmon’s credits include the BET miniseries “The Bobby Brown Story” and the series “American Soul.”

Rodney Barnes returns to the Oscars production team as a writer.  A writer and producer, he is currently executive producer for an untitled HBO series about the 1980s Los Angeles Lakers, and showrunner, writer and creator of “Things That Make White People Uncomfortable” for HBO Max.  Barnes has penned Marvel Comics’ “The Falcon,” Marvel/Lucasfilm’s “Lando: Double or Nothing” and “Quincredible” for the Lion Forge imprint.  Other credits include “Wu-Tang: An American Saga,” “The Boondocks” and “Everybody Hates Chris.”