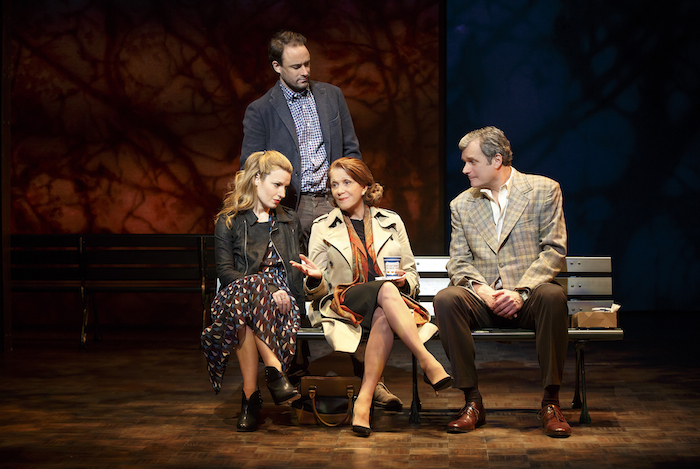 Our Mother’s Brief Affair Where Guilt is Unveiled

Our Mother’s Brief Affair Where Guilt is Unveiled 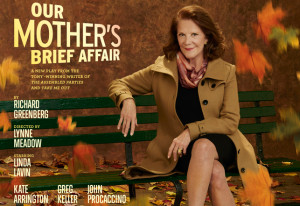 Richard Greenberg’s Our Mother’s Brief Affair is going to hit home with most women and most men will not understand this deeply prolific play. 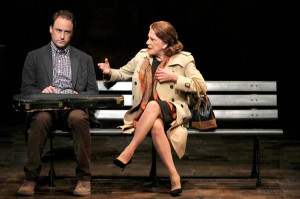 The plot has Seth (Greg Keller) describing his relationship with his dementia, chronically ill mother Anna (a brilliantly wonderful Linda Lavin). Anna is witty, cold, stinging, sophisticated with an underlying layer of guilt. She confesses to Seth and Abby (Kate Arrington), her gay twin children, that she once had an extramarital affair (John Procaccino). In a intimate moment her lover confesses that his real name is David Greenglass, Ethel Rosenberg’s brother, who gave his Communist sister up to the FBI to save his own hide. Seth and Abby stop the show to explain who David Greenglass is. To Seth the revelation of Anna’s lover being Greenglass, is worse than the affair itself.

But it is Anna’s secret where the play really lives. Without giving away this piece, makes it a little harder to describe why I found this quiet play so moving. Secrets no matter how big or small effect our psyche to the point that instead of embracing the good that enters our lives, we race to the bad. Some even lie to make the truth seem worse than what has really happened, because they feel as if they deserve nothing worthwhile. That is the crux of this play.

Ms. Lavin, is so layered in her portrayal of Anna. She is like a scorpion in her lines with Seth. She blindsides her daughter in the niceties she says about her. Her layers peel until she is a soul ravaged by the pain of a young adult selfish choice. Mr. Keller makes you buy Seth as a person and you feel for this man who is so afraid of commitment because he has never seen a healthy one. Ms. Arrington has some kind of weird accent and Mr. Procaccino is just there.

Mr. Greenberg play is not perfect, but it is thought provoking and contains one terrific performance by Ms Lavin. Santo Loquasto’s beautiful set is wonderfully lit by Peter Zaczorowski.

Guilt creates illness, miscommunication and plots for plays that can be quite moving.