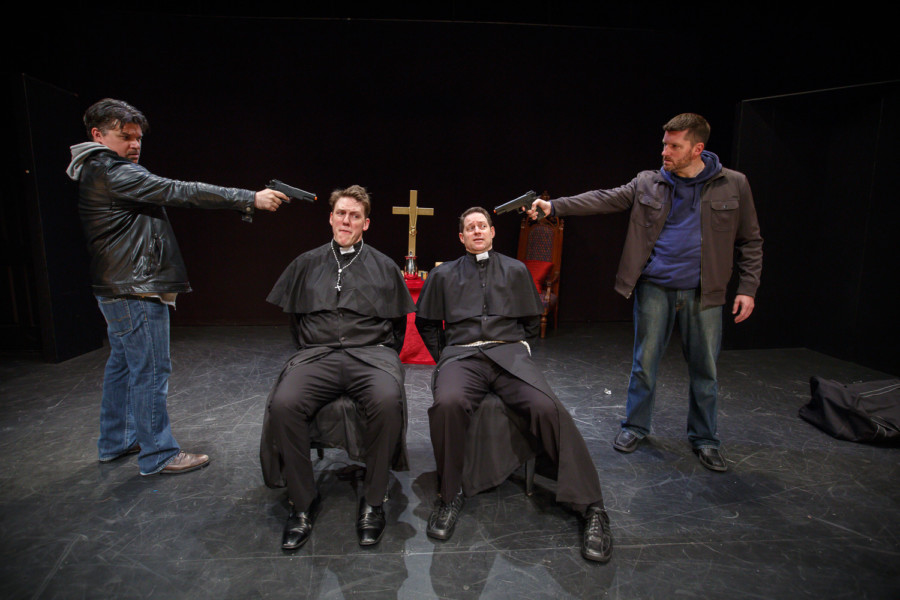 Pamela Scott’s Heist is Worth Seeing at NY SummerFest

Pamela Scott’s Heist is Worth Seeing at NY SummerFest 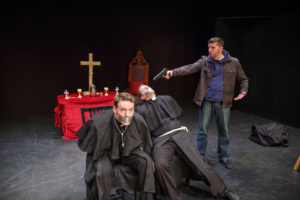 Pamela Scott’s adorable one act Heist now playing at the NY SummerFest is clever, witty and timely. Bart (Mike Backes), Jesse (Mark Montalbano) and Kevin (Gregg Prosser) are a couple of small town hoods who have decided to rob a church of the jewels it has collected on the eve of the Pope’s arrival. They have tied up Fr. O’ Malley (Andy McCain) and Fr. Riley (Jason Asher). Things become complicated when Bart shoots Jesse and now the father’s are witnesses. As the gagster’s find religion, not all is as it seems in this rollercoaster of a hilarious ride. 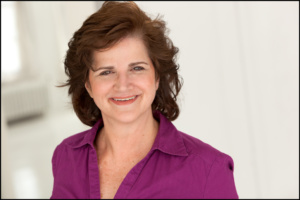 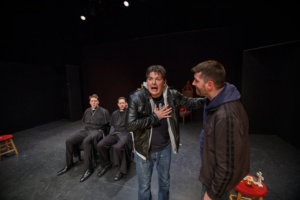 The cast is all excellent, which is no surprise, considering Ms.Scott also teaches acting as a living. 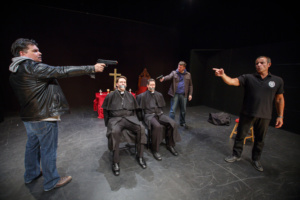 The lighting by Paul Jones is also well done. 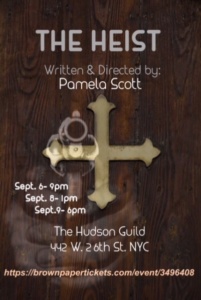 You can still catch this really satisfying piece Sept. 8th at 1pm and Sept. 9th at 6pm, at NY SummerFest at The Hudson Theatre Guild, 441 West 26 Street (between 9th and 10th Avenues).