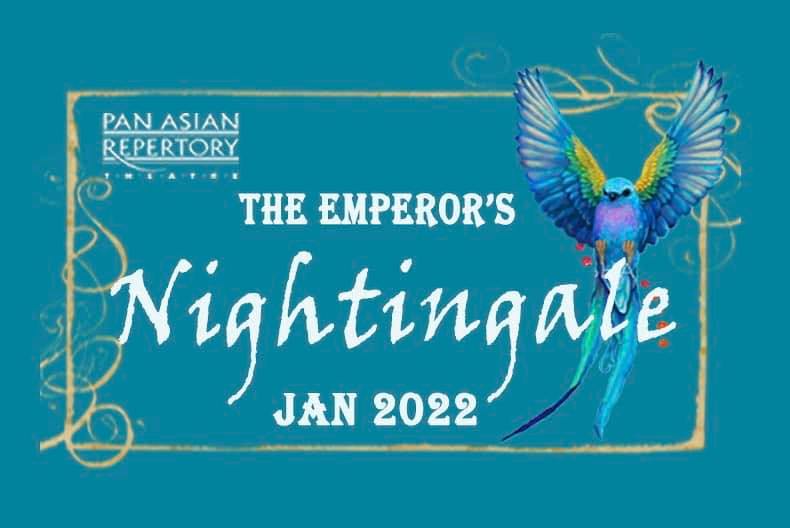 The Emperor’s Nightingale is a family-friendly staged adaptation of Hans Christian Andersen’s story “The Nightingale,” set in 18th century China, and brings to light the youthful exploits of the future Emperor Qianlong. This production employs traditional Chinese puppetry, folk songs and new illustrations teaching the art of Chinese calligraphy. Nominated by the Off-Broadway Alliancefor “Best Family Show”, this TYA production emphasizes the importance of leadership guided by a moral compass, through the story about two rival teen brothers competing for the throne. The Emperor’s Nightingale by Damon Chua is produced by special arrangement with Plays for New Audiences.

“Chongren Fan’s staging, for Pan Asian Reparatory Theatre, uses shadow puppets, playful costumes, and goofy humor to bring the story to life,” said Elizabeth Vincentelli of The New Yorker. “It is refreshing to be able to bring kids to such a show, rather than to one of the corporate monoliths crowding the holidays.”

Reservations and payment is through Pan Asian office only by calling (212) 868-4030, or via email to Simon Rogers at srogers@panasianrep.org, or info@panasianrep.org.