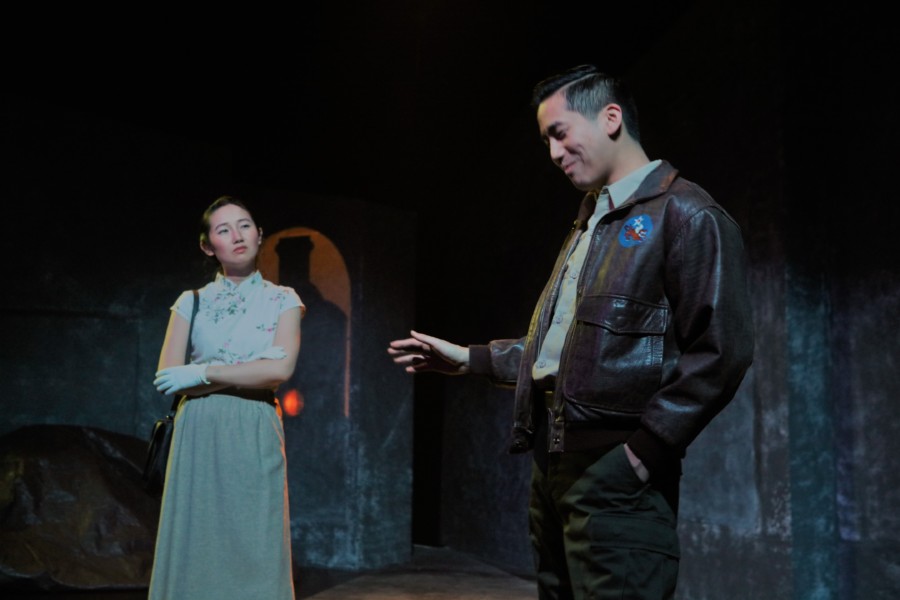 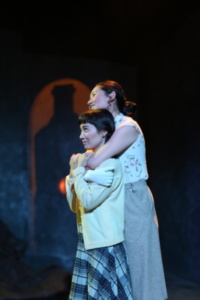 Pan Asian Repertory’s The Incident At Hidden Temple has a clever set by Sheryl Liu and interesting lighting by Pamela Kupper. As a matter of fact all the technical elements, are well done. The play by Damon Chua keeps your interest, though it could use some cutting (over two hours). The direction by Kaipo Schwab is serviceable and gets the points across, but how could he have not heard the timber of the actors voices? The lead Ying Ying Li sounded like Shirley Temple and I expected “Oh My Goodness” to come out of her mouth any second. Playing her sister, Briana Sakamoto has a voice that is strident and beyond annoying. I actually cringed when she spoke. 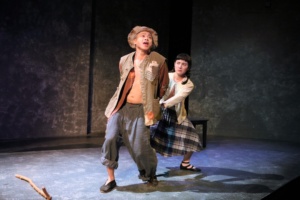 The plot is a mystery in the genre of film noir, focussing on China 1943 and the historic US Flying Tigers squadron. It starts off with a murder, but we already see the murderer (Rosanne Ma, but we do not know the whys). Witness to the incident is a blind man (Dinh James Dolan). The next day a train is stopped by the Chinese rebels. Ava (Ms. Li) gets off the train for some air and meets brash Walter Hu (Tim Liu). She then is confronted by the Blind Man who tells her some truths she may not have seen. Ava’s Sister Lucy (Ms.  Sakamoto) whines about being left alone and also ends up meeting the blind man as well. To both sisters, he tells the tale of the Hidden Temple, where only someone pure of heart may see it appear. The passengers must get back on the train, but Ava is grabbed by the dying man from the beginning and misses the train. She walks to General Cliff Van Holt (Jonathan Miles), where his assistant Jing (Ms. Ma) and he are meeting with General Chiang Kai-shek (Mr. Liu). Ava has come seeking her sister. She has been sent by her father, who is a journalist in New York. Ava is also an aspiring journalist. While at General Holt’s office she sees Walter again, but he denies he is who he is. Jing befriends her, General Holt comes onto her and she responds in kind, which makes no sense considering the age and circumstances. It also turns out he’s married. Ava ends up interviewing General Chiang Kai-shek, finding her sister and solving the mystery. Her sister pure of heart sees the temple.

Ms. Ma, Mr. Dolan and Mr. Liu fair much better than the rest of this cast, who seriously need acting lessons.

Pan Asian Rep did much better with the fabulous No No Boy!

RossNovember 16, 2022
Read More
Scroll for more
Tap
Happy 29th Birthday To The Phantom Of The Opera The Longest-Running Show In Broadway History
The Liar: An Un-Warranted Knee Jerk Reaction to Rhymes