Renée Taylor and Joseph Bologna, celebrated their 52nd wedding anniversary two days ago. This morning Joseph Bologna at 82, lost his three year battle with pancreatic cancer. Active up until his death Bologna attended a 35th anniversary screening of “My Favorite Year” in Los Angeles. Bologna played the explosive TV star King Kaiser in the backstage comedy inspired by Mel Brooks’ experiences as a young TV writer on Sid Caesar’s legendary “Your Show of Shows.” 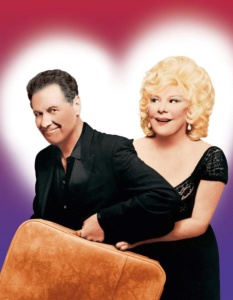 Introduced by their mutual manager, Buddy Allen, they were married on stage of  “The Merv Griffin Show”. They renewed their vows five times over their half-century together, each time in a different religious ceremony.

Bologna and Taylor co-wrote and starred in over 22 plays including Broadway’s Lovers and Others Strangers in 1968. In 1970 the pair earned an Oscar nominations for their screenplay. In 1971 they won the Writers Guild Award for their movie “Made For Each Other,” in which they also starred.
The couple starred on Broadway in 1981 in It Had To Be You and in 2001 in If You Ever Leave Me…I’m Going With You. Bologna’s other film credits include 1976’s “Woman of the Year,”  “Blame It on Rio”, “The Woman in Red,” 1985’s “Transylvania 6-5000,” and 1989’s “It Had to Be You,” based on their Broadway show.  In 2006 he was heard in “Ice Age: The Meltdown.” On the small screen Bologna was seen in  “Top of the Heap”, “Rags to Riches,” “CSI: Crime Scene Investigation,” “According to Jim,” and “Everwood.”

We give this interview done in 1989 as a tribute to this loving couple that is now minus one.