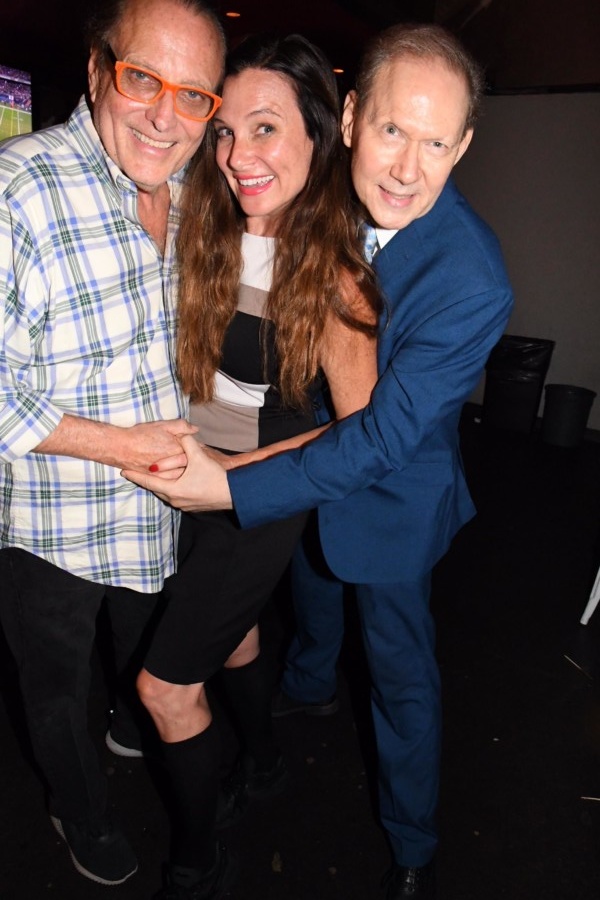 The hope of every playwright who enters new work in a festival is that he will meet a producer who might want to move his work forward commercially. Gene Fisch, Jr., Producer and founder of the New York New Works Theatre Festival, now onstage at the Acorn Theater in Theater Row through September 22, is determined to make that happen. He put this festival together to showcase a number of shows in a short time, and he has been successful in getting producers to come see them. Several shows have been optioned out of the festival, so he’s clearly doing the right thing.

Each festival presentation is limited to 25 minutes, under the generally true assumption that the quality of the project should be evident from that. A typical festival program has four different shows. The audience will vote for their favorites, and six winners of that vote will be presented next weekend in encore performances as the  Best of Fest.

Over two days, I saw six presentations which varied widely in quality.  But the fun of a festival like this is to see the range of creativity, and hope you stumble upon a shiny nugget of a show.

Flower of Iowa by Lance Ringel, based on his novel, introduced us to two soldiers in France during World War One, one Briish and one American, who spend a night together that blossoms from friendship into what presumably will become a gay relationship.   The dialogue was honest and real.  The two young actors, Ben Salus and Bradley Johnson, are both very touching under the subtle and tasteful direction of Chuck Muckle. I was intrigued to see how the rest of the show develops, which is the reaction producers of these shows hope to elicit.

Inamorata by Fred Kramer, on the other hand, was a turgid, enervated, amateurish tale of an aging woman reflecting on her life with two alter egos as her younger self.  Susan Dougherty as the older woman was so low energy I thought she would fall asleep along with me.  The two girls playing her younger selves, Oakley Friedman and Nancy Kimball, were barely more interesting. The show’s young director, Dylan Alexander Kaplan, did nothing to help this show make the right impression. Whatever might have been interesting in the writing was buried in this presentation.

The other four shows were all one woman presentations which showed a wide range of talent, or lack of it.

Heather Massey performed as Hedy! The life and Inventions of Hedy Lamarr, which she also wrote. Under the direction of Blake Walton, Ms. Massie very much captures the style and beauty of this famous performer. The show also emphasizes that Hedy was also a woman of science, whose invention of frequency hopping and spread spectrum technology was the foundation of our wireless device world.  Ms. Massie is interested in inspiring young women to seek careers in science through her show, which is noble. But it’s not necessarily great theater. Her show is just so much, “this happened then that happened,” with no dramatic tension in the story telling. When you write a show about someone’s life, it’s incumbent on the author to deliver not just the series of events in someone’s life, but the struggles and conflicts which make it interesting. From what I could tell, Ms. Massie hasn’t captured that. 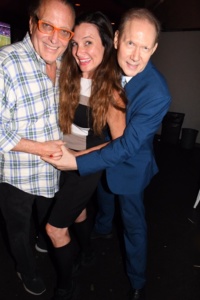 Much more successful was Cindy Marinangel as Dietrich, in a one woman play written by Willard Manus about Marlene Dietrich, directed by Michael V. Doane.  The play is set on the eve of her return to Germany after the war, as a performer in 1960. Marlene Dietrich was seen by the Nazis as a traitor to Germany. She faced death threats if she chose to go on. This dramatic context adds important tension to the show. As she is deciding whether or not to face her audience, she is visited by an American soldier who is a reporter for what I presume to be the Army paper, Stars and Stripes, to whom she tells the story of her life. The excellent musical accompaniment was by pianist Russell Daisey.

Ms. Marinangel is a powerful beauty in her own right, who skillfully draws us into Dietrich’s world with a smart sexiness as much her own as Dietrich’s. This looks like a show which should go somewhere, with a charismatic star you don’t want to miss. Fingers crossed you’ll have another chance to see it in the finals next weekend.

In The Pink Hulk, actress Valerie David shares with us her personal journey through not one but two bouts with cancer. There’s no faulting Ms. David for her energetic, often light hearted, and always deeply felt memoir. This writer/performer is on a highly personal mission to raise awareness for a cause. Ms. David is engaging and honest in her performance, as directed by Padraic Lillis.  But it never seems to rise dramatically above her personal passion.   It should continue to find success in festivals and private presentations, although probably not commercially.

Finally, there was Queen Kong En Chaine, written and performed by Dana Block. This show, and Ms. Block, were like a car wreck you couldn’t look at and couldn’t look away from.   It is promoted as a play about Hitler’s favorite film maker, Leni Riefenstahl.  The title refers to Ms. Riefensthal’s desire, concocted by Ms. Block, to make a feminist, female version of King Kong to restore her film career. When Ms. Block comes on stage she is supposed to be a hundred and three years old (actually, Riefenstahl died just after her one hundred first birthday.)  But Ms. Bloch was inappropriately dressed in black leatherette like a Wiemar biker chick.  Her show was also full of bizarre and inexplicable story turns.  At one point, she introduced a Barbie doll and then became a Barbie doll like figure herself.  She concluded her presentation with an expletive filled monologue about her vagina.  I couldn’t imagine suffering through any more of Ms. Block’s tasteless theatrical self-indulgence.

So, you never know what you can dig up when panning for theatrical gold.  Next weekend will feature a reading of an unproduced play by Bernard Pomerance, the deceased author of The Elephant Man.  Be sure to check out the Best of the Fest next weekend as well.