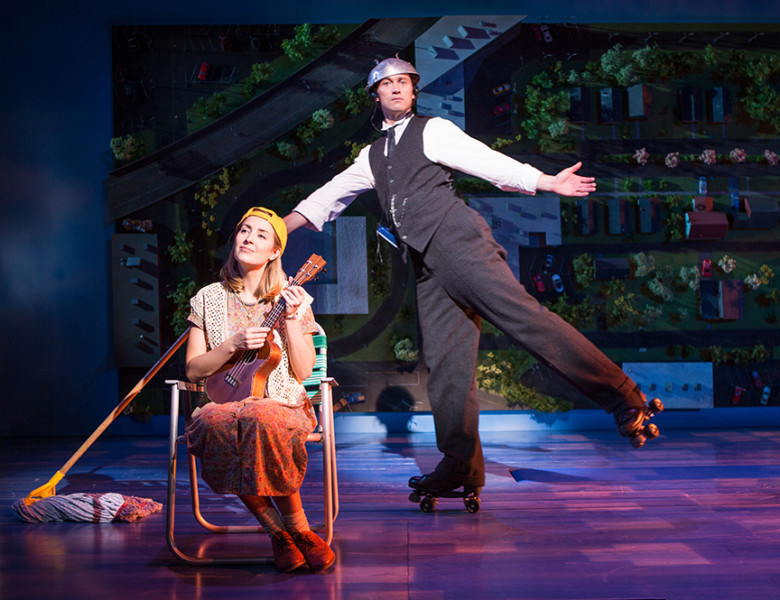 Paper Mill Playhouse (Mark S. Hoebee-Producing Artistic Director), recipient of the Regional Theatre Tony Award in 2016, will open its 2018-2019 season with the hit musical, The Color Purple (September 26-October 21), the unforgettable and moving Tony Award-winning musical based on the Pulitzer Prize–winning novel and Academy Award–nominated film features a soul-raising, Grammy-winning score infused with jazz, gospel, ragtime, and blues. The Color Purple, with a book by Marsha Norman and music and lyrics by Brenda Russell, Allee Willis, and Stephen Bray, is a stirring family chronicle about the power of love and life. Next, a family musical just in time for the season, Irving Berlin’s Holiday Inn (November 21-December 30), comes to Paper Mill Playhouse, based on the beloved Bing Crosby/Fred Astaire film. This heartwarming, toe-tapping production features more than 20 classic songs from the Berlin catalog, including “Easter Parade,” “Cheek to Cheek,” “Steppin’ Out with My Baby,” and “White Christmas.” Next winter, Paper Mill Playhouse presents the world-premiere musical My Very Own British Invasion (January 31-March 3), directed and choreographed by Jerry Mitchell. The 1960s British music scene comes to life with songs from Herman’s Hermits, The Beatles, The Rolling Stones, Petula Clark, The Moody Blues, and other legendary bands of the era. The spring brings the East Coast premiere of Benny & Joon (April 4-May 5). Based on the 1993 film which starred Johnny Depp and Mary Stuart Masterson, this new musical is a smart, funny, tender-hearted celebration of love: between children and parents; romantic partners; friends; and, most of all, siblings. The final production of the season, Disney’s Beauty and the Beast (May 29-June 30), an international sensation that has played to more than 35 million people in 13 countries. Based on the Academy Award-winning animated feature, the stage production includes all of the original songs from the movie by Alan Menken and Howard Ashman, plus additional gems by Menken and Tim Rice.

Suzanna BowlingMay 3, 2022
Read More
Scroll for more
Tap
Broadway in Bryant Park: Be More Chill, Getting The Band Together and School of Rock
Dorothy Lyman Brings Her New Play In the Bleak Midwinter to Life With Blue Bloods Abigail Hawk