Paradise Square Dances Up A Storm 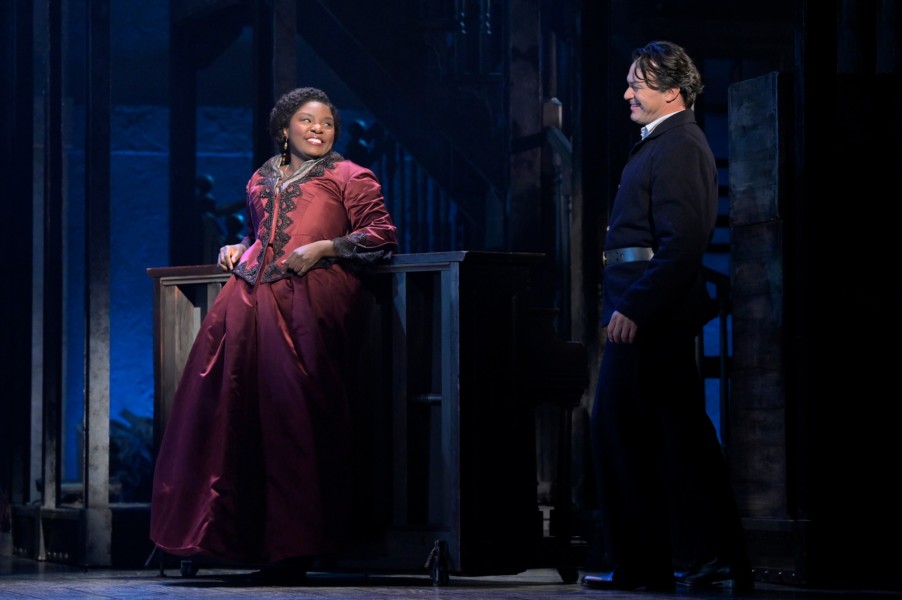 Paradise Square Dances Up A Storm

I was late in seeing Paradise Square due to my being sick and the cast being sick, because of that I heard more than what I wanted to about this show. I am here to report they were wrong. Paradise Square has a lot going for it. The dancing and the choreography by Bill T. Jones is terrific. The Irish and Hammerstep by Garrett Coleman and Jason Oremus adds layers to the story about how the African-American and Irish immigrant cohabitated and thrived.

The show takes in 1863, in the Five Points, a notorious slum that was annoying City Hall. At the heart is a bar and bordello called Paradise Square, where anything goes. The proprietor is Nelly O’Brien (Joaquina Kalukango in a star-making performance). Nelly, is the daughter of an escaped slave and is married to Irish immigrant Willie O’Brien (a glorious voiced Matt Bogart) His sister Anna (Chilina Kennedy) is married to Rev. Samuel Jacob Lewis (Nathaniel Stampley). Both of these marriages are interracial, the term was called derogatorily, by the uptown political elite and religious leaders as ‘amalgamationists.

Part Ragtime, part Les Miserables, the score by Jason Howland with additional music by Larry Kirwan, inspired in part by the songs of Stephen Foster is powerful. Jacob Fishel plays Foster who goes under the pseudonym Milton Moore. 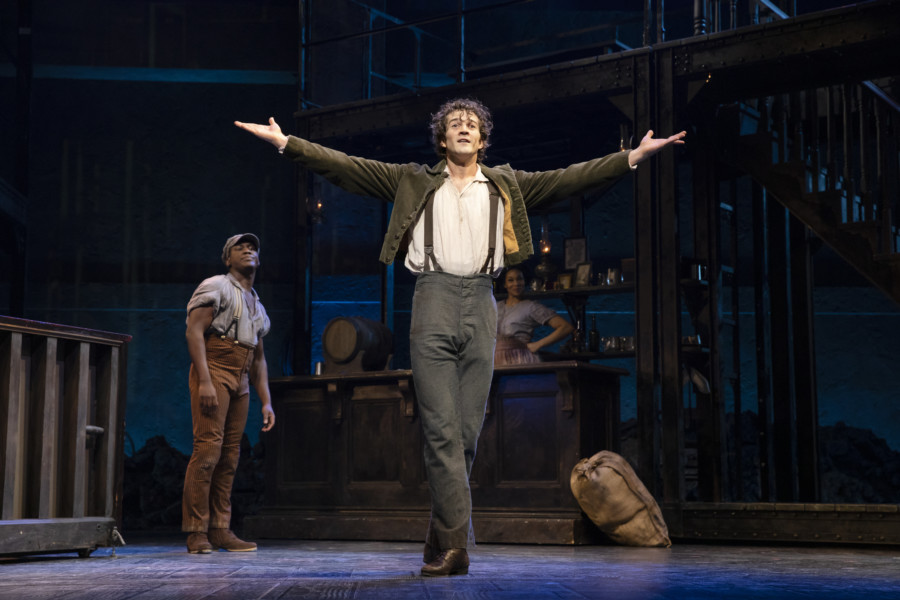 As Willie goes to fight for the South with his pal Lucky Mike Quinlan (Kevin Dennis), Willie’s and Anna’s nephew Owen Duignan (a fabulous A J Shively), arrives fresh off the boat from Ireland. An escaped slave from Tennessee Washington Henry (Sidney DuPont), arrives fresh from the Underground Railroad. New York is suppose to be only a stop off, but he and his love Angelina Baker (a sweet Gabrielle McClinton) got separated and he insists on waiting for her.

In the meantime corrupt uptown politician Frederic Tiggens (John Dossett) is set on destroying Paradise Square. “With the coloreds and the Irish united around the ballot it’s only a matter of time before they unite to fight for higher wages.”

When President Lincoln imposes a draft on all citizens and immigrants, but not Black’s anger issues ensue. Already the Irish who were wounded in the war have lost their jobs to the African Americans and now this just kicks things into high gear. There is a catch for $300 (a working man’s wages for an entire year) you can buy your way out.

Nelly designs a dance competition where the winner takes the pot which is $300.00. Owen is desperate to win, but so is Washington and this is where the story becomes convoluted. Owen wins, but Washington who is wanted and is warned to leave comes back to take the money and gets caught. This is where the book by Christian Anderson and Craig Lucas lost me.

As tensions rise we find ourselves in the Draft Riots of 1863, where African-American were lynched an untold number homes and businesses were destroyed.

The piece de resistance is Nelly’s tour de force anthem “Let It Burn.” Kalukango vocals are out of this world as is her acting. Se is my choice so far for Best Actress in a Musical.

The set design by Allen Moyer, costume design by Toni-Leslie James, lighting design by Donald Holder, sound design by Jon Weston and projection design by Wendall K. Harrington all add to an enjoyable visual sight that is Paradise Square .

Sadly Paradise Square is overstuffed, a politically a powder keg for this time in history and not satisfying in the end, however it is worth seeing and has wonderful moments.