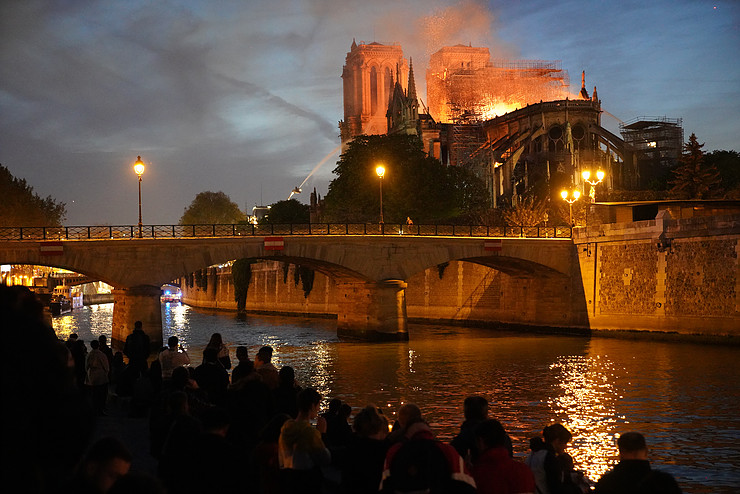 T2C’s Brian Hester was in Paris on vacation in Paris, France April 15, 2019. Having just got back Brian posted this.

Parisians stood shoulder to shoulder lined in deep rows along the banks and bridges of the Seine river to watch in silent disbelieve as The Cathedral of Notre Dame burned after a fire was presumed started by an electrical short circuit in an area under renovation. More than 400 firefighters battled the balze from the late afternoon until well past midnight before declaring the situation under control. Damage to the iconic structure, which has stood as part of the skyline for over 800 years, is considered to be extensive but engineers believe that they will be able to salvage the church as the main walls remained standing. Donations have poured in to the tune of almost one billion dollars, many times the amount that will be needed to repair the damage. One can only wonder if the Catholic Church might be willing to direct some of those funds to cover the payments to the victims of the ever widening Priest / Pedophile crisis.

We are so proud of Brian as his pictures were featured at USA Today and WNBC.