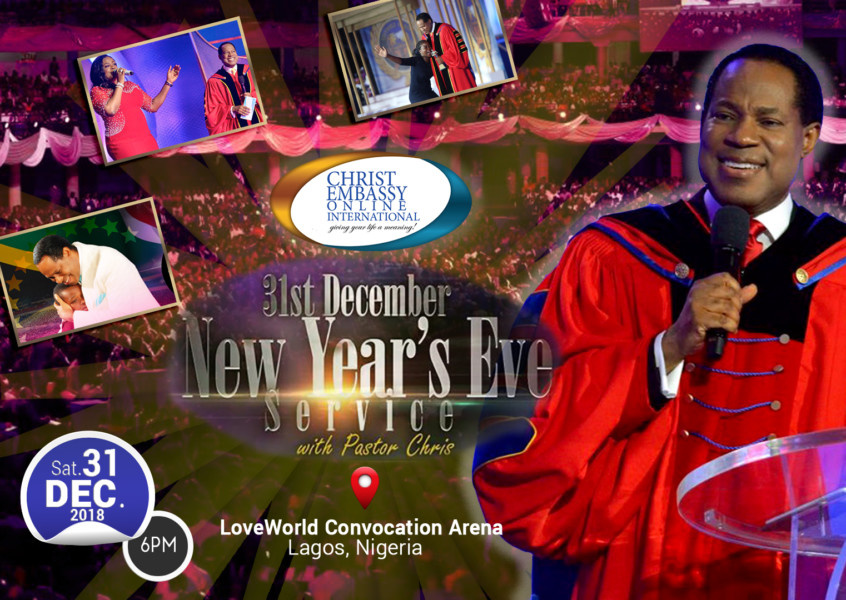 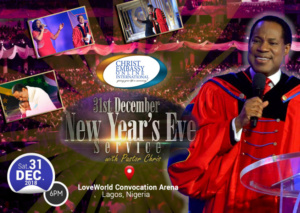 December 31st is approaching and the nominees for the 2018 Future Africa Leaders (FALA) will be announced! The call for inspirational young people from across Africa has been a long-awaited moment for all LoveWorld citizens worldwide. The announcement will be streamed live via Loveworld Networks at 6 pm GMT+1.

In 2013 Pastor Chris Oyakhilome established the Future Africa leaders Foundation (FALF) in order to discover young potential leaders throughout the continent of Africa.

The foundation aims to “identify, celebrate and support young Africans who have demonstrated exemplary leadership by impacting their generation positively through education, youth empowerment and mentoring.”

Out of the nominees, one will emerge as the ‘Star Award Winner’, and will receive a grant of $25,000, while the remaining will each receive $10,000 as a token of encouragement. The awards will be handed out by the founder of the Future Africa Leaders’ Award, Reverend (Dr.) Chris Oyakhilome.

Last year during FALA of 2017, 30 individuals from 15 African countries were announced as nominees. Of the 30, 10 individuals became FALA Winners, taking home the extremely prestigious and highly sought-after prize. The ceremony was witnessed by millions of viewers around the world. 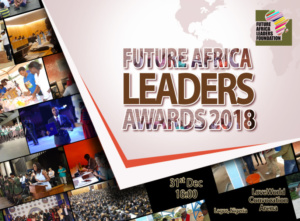 Another big part of the upcoming event, will be the service of December 31. The annual event marks the start of the new year. The occasion will include a number of LMAM performances, dances and scripture readings, and of course the announcement of the prophetic word of the new year. The word which is the divine ‘theme’ of the year according to Pastor Chris, sets the tone for 2019. The year 2018, as stated by the Loveworld President, has been the Year of the Supernatural.”

The announcement will take place at the Loveworld Convocation Arena before thousands of eager participants and LoveWorld fans. The event will be streamed live across all LoveWorld Networks (Loveworld Plus, Loveworld SAT, Loveworld TV, and Loveworld USA)

This momentous event of the year will simultaneously usher in the new year and celebrate the young leaders that are slowly but surely transforming Africa. With the many Pastor Chris led initiatives, Christ Embassy will certainly witness a new era. The occasion will celebrate the yearlong efforts of Loveworld and the players that have been making an impact.

Notable winners from the past years include Naomi Epoki, 2017; Karen Musodza, 2016; Rose Sakala, 2015, Lotan Salapie, 2015 winner and Sharon Sade Ajide, 2013.All six winners continue to involve themselves in a range of community projects. Epoki, for example appeared in a meeting between the United Nations and the European Union. Epoki addressed the roles of the youth in a number of subjects, such as the death penalty, poverty, and the rights to legal Representation. She also got the opportunity to speak at one of the most two prestigious universities in the world, Harvard University, and the Massachusetts Institute of Technology (MIT).

Since 2013 Future Africa Leaders Foundation has been integral in identifying and nurturing untapped potential. Another initiative that is affiliated with the organization is the Growth Initiative Award (GIA). The program has helped over 1 million young Africans establish a variety of social projects. The project was based on the foundations of the ‘Sustainable Development Goals, a blueprint for social and economic advancement developed by the UN.

The GIA is also responsible for recognizing a number of important youth leaders. Among them, Emmanuella Dione, a recent Growth Initiative Award recipient who has been active in the city of Kumba, Cameroon.

His projects have been responsible for training young people in skills across a number of sectors. He has also established 150 seminars and workshops that specialize in fields such as agriculture, waste management, tailoring, welding and more.  Over 500 youths have benefited from these training centers.

With Pastor Chris Oyakhilome’s and humanitarian and financial support, young leaders are able to take on large-scale projects and make increasingly bigger impacts.  These young African activists are taking on more and more projects that are transforming the educational system and improving the economy.

The activities happening in Angola are a shining example of this sort of influence. Joel Tiago, the Future Africa Leaders Foundation (FALF) Ambassador and 2016 Future Africa Leaders Award (FALA) Winner launched the Growth Initiative Award (GIA) on TV Zimbo, the first and largest private Television Station in Angola that reaches over 9.5 million viewers.

He spoke on how the GIA is bringing about “sustainable development in Africa through the participation of African youth who range between the ages of 16 to 29.” These programs reflect the SDG’s created by the UN. Quoting the pioneer of FALF, Rev. (Dr.) Chris Oyakhilome DSc. DD, Dione said, “If we don’t do anything today and expect the government to do everything, we will be victims of the society.” That’s where the GIA comes in.

The nomination, that precedes the main award ceremony will be streamed live on  CeFlix and all Loveworld Networks (Loveworld Plus, Loveworld SAT, Loveworld TV, Loveworld USA), all of which are also available on mobile apps.

The main award ceremony will take place on December 31st at the New Year’s Eve Event, where Pastor Chris will be awarding the winners. To learn more about the activities of the Future Africa Leaders’ Foundation and how young people are transforming Africa, visit the website, www.futureafricaleadersfoundation.org